Says poll dates similar to ones BJP wanted, asks ‘Are poll dates announced as per suggestions of Modi, Shah?’ 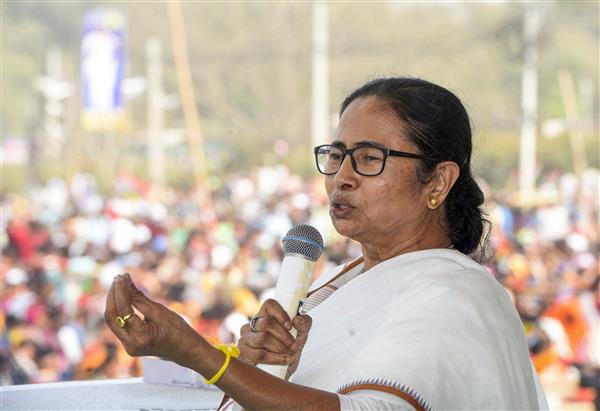 Questioning the eight phases of assembly elections in West Bengal, Chief Minister Mamata Banerjee said on Friday that she suspects that the dates were announced as per the suggestions of Prime Minister Narendra Modi and Home Minister Amit Shah for better management of the BJP’s poll campaign.

Addressing a press conference at her residence in Kalighat, Banerjee said the Election Commission should not look at the state “through the eyes of the saffron camp”—a reference to the BJP.

“With all due respect to the Election Commission, I want to say that questions are being raised on why elections will be held in so many phases in Bengal while other states will be voting in one phase. If EC doesn’t provide justice to the people, where will the people go,” she said.

Banerjee said that despite “all these tricks”, she will win the elections.

“I have information from my sources that the poll dates are similar to the ones BJP wanted. Have the dates been announced as per the suggestions of Prime Minister Narendra Modi and Home Minister Amit Shah? The PM and the home minister cannot misuse their power for the state elections,” she added.

Banerjee said she is the daughter of the state and knows Bengal better than the BJP, exuding confidence about her party Trinamool Congress winning the elections. — PTI