Centenarian receives a dose of Covieshield, does not exhibit any adverse effects, say hospital authorities 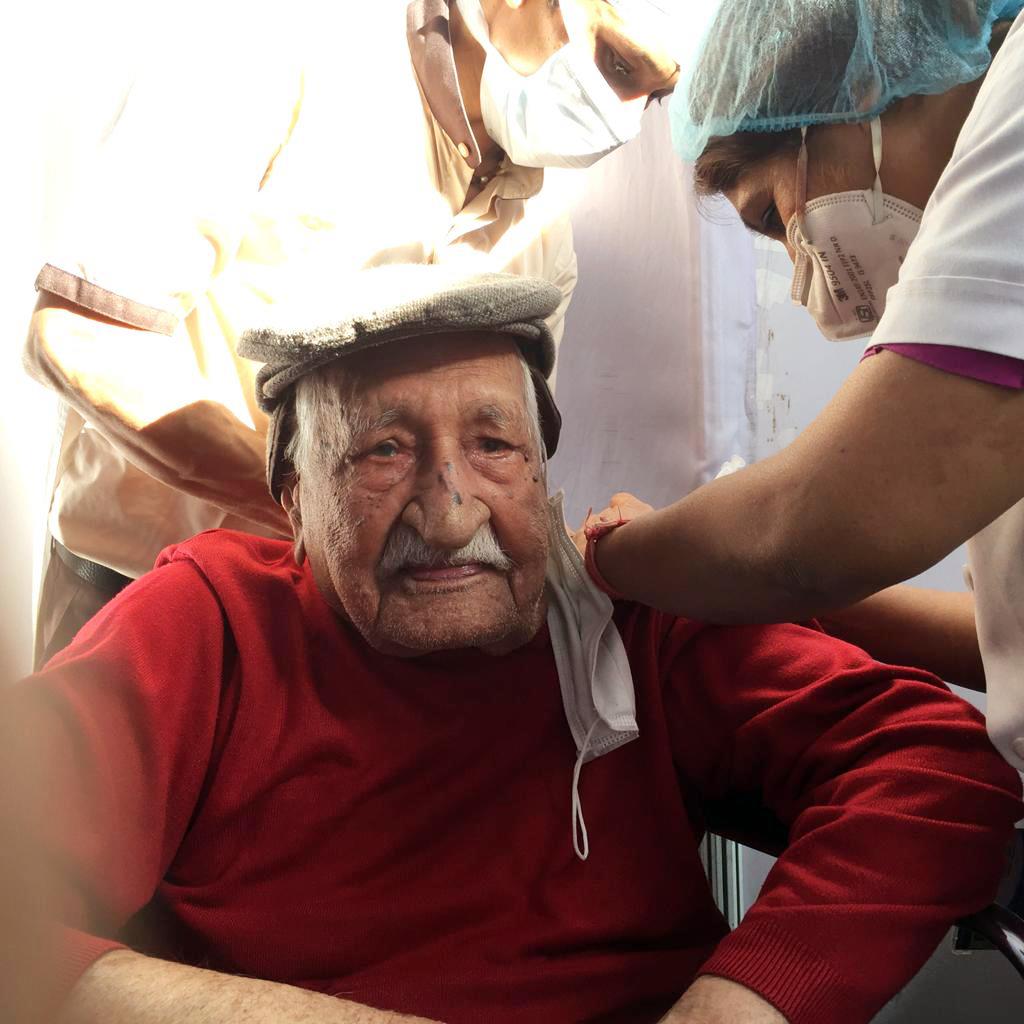 A man born a few months before the outbreak of the Spanish Flu in 1918 received his first shot of COVID-19 vaccine at a private facility here, hospital authorities said on Saturday.

Tulsi Das Chawla, 104, was given a dose of Covieshield at Sir Ganga Ram Hospital on Friday and has not exhibited any adverse effects, they said.

Born in November 1917, the Patel Nagar resident retired from the Indian Foreign Service in 1975, said a hospital spokesperson.

Wearing a full-sleeved V-neck red shirt, the centenarian flashed a V-sign and obliged some of the photographers.

"I urge everyone, who is eligible, to come forward and take the COVID vaccine. It is totally safe," Chawla was quoted as saying in the statement issued by the hospital.

Even at this age, he leads an "active life and does not suffer from any major comorbidities", the hospital claimed.

"He was successfully vaccinated, and without any adverse effects later," read the statement.

Chawla was born on November 1, 1917, when the World War I was nearing its end. A few months later in 1918, the Spanish Flu pandemic hit the world. The COVID-19 pandemic, which ravaged the world in 2019-2020, was the worst pandemic since the Spanish Flu.

Globally, including in India, the elderly people are the population group that is most vulnerable to contracting the coronavirus infection. An overwhelming number of old people have died due to COVID-19 across the world.

Over 27,000 beneficiaries, including 14,874 senior citizens, received shots of the COVID-19 vaccine in the national capital on Friday, according to data shared by officials.

In the 45-59 years age group, 2,020 beneficiaries had received the jabs, a senior official said.

Over 5,100 senior citizens in Delhi had received their first shots of the vaccine on Monday when the second phase of the vaccination began in the national capital.

Chawla has two sons, two daughters, five grandchildren and a great grand-child.  During his service, he was posted in various countries like the US, the Netherlands and Pakistan, the statement said.

According to Dr DS Rana, Chairman (Board of Management) of the hospital,"We are witnessing huge enthusiasm among people in the age group of 60 or more. He (Chawla) is an inspiration to all of us to come forward without any hesitation for COVID vaccination”.

On Saturday, 476 people were vaccinated at the Sir Ganga Ram Hospital, the spokesperson said.

Delhi recorded 321 new COVID-19 cases on Saturday, the second consecutive day in March on which the daily count crossed the 300-mark, while the positivity rate rose to 0.60 per cent amid a sudden surge in incidences, as per data shared by the health department. PTI