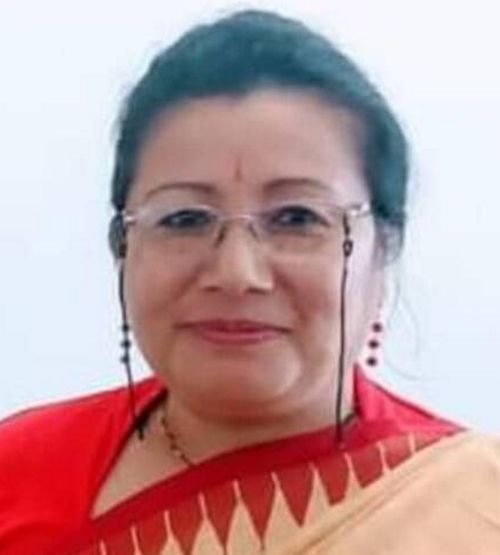 Sharda Devi, the first woman state president of the ruling BJP in Manipur, wants the party to put up a sizeable number of women candidates for the Assembly elections. - File photo

Sharda Devi, the first woman state president of the ruling BJP in Manipur, wants the party to put up a sizeable number of women candidates for the Assembly elections.

“There is 33 per cent reservation for women in local bodies and panchayats. A similar principle should be followed while allotting tickets to aspirants for the Assembly election. However, women candidates must be competent,” Sharda Devi said over the phone from Imphal.

Sharda said the state unit, with the help from the party’s central leadership, recently conducted opinion polls in all 60 constituencies in Manipur to shortlist probable candidates. She said names of a number of women featured in the list that was prepared on the basis of the opinion poll. “Party’s central leaders are examining the list,” she said.

Women voters in Manipur outnumber their male counterparts, but it is not reflected in the Assembly. According to the latest electoral roll, the number of women voters is 10,496,39 as against 9,85,119 men. There are only two women MLAs in the 60-member House.