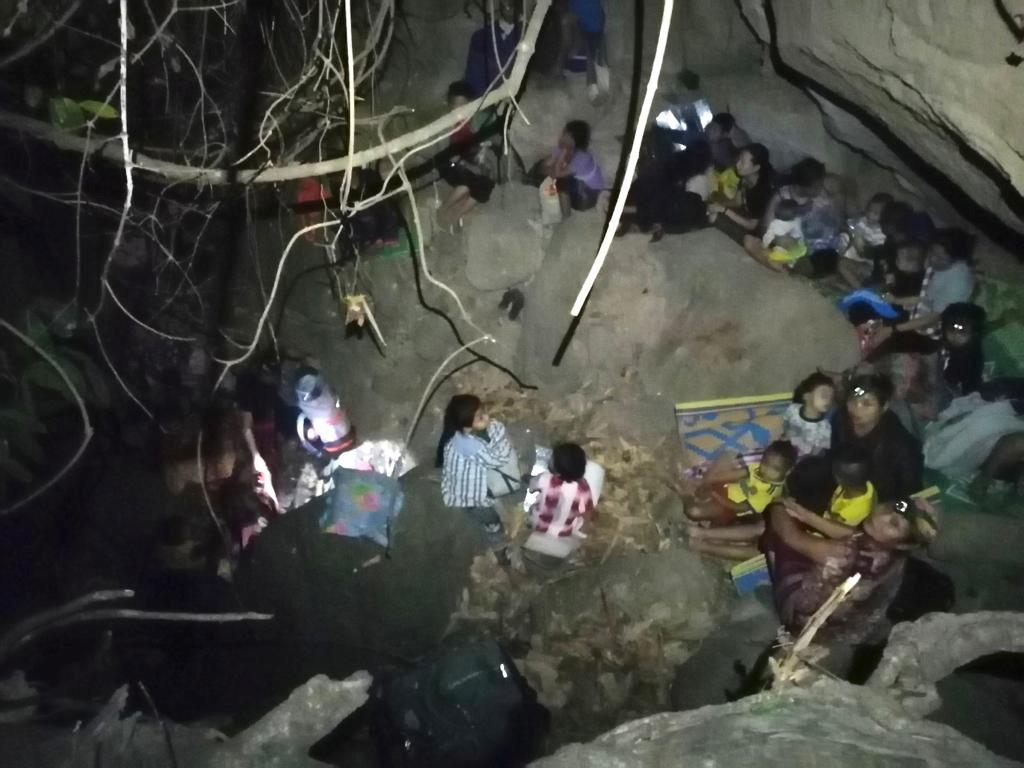 Over 1,000 Myanmarese have taken refuge in Mizoram since the coup. Reuters photo.

The Manipur government issued a circular to the Deputy Commissioners of districts bordering Myanmar not to open camps to provide food and shelter to refugees fleeing the neighbouring country after the coup but withdrew it three days later to avoid potential public anger.

In the advisory issued to the DCs of Chandel, Tengoupal, Kamjong, Ukhrul and Churachandpur on March 26, Special Secretary (Home) H Gyan Prakash also asked them to stop Aadhaar enrolment exercise.

As a fallout of the events taking place in the neighbouring country, Myanmar, it is reported that the country's nationals have been trying to enter India through the border states including Manipur, it said.

While advising the DCs to "politely turn away", those trying to sneak into India, the Special Secretary wrote, in case of grievous injuries, medical attention may be provided on humanitarian considerations.

With public anger mounting in neighbouring Mizoram against attempts to thwart the entry of refugees from Myanmar, the officer issued another advisory on Monday, saying the contents of the previous letter had been "misconstrued".

"It appears that the contents of the letter have been misconstrued and interpreted differently. The state government has been taking all humanitarian steps had recently taken all steps, including taking them to Imphal, to treat the injured Myanmarese nationals. The state government continues to provide all aid," it said.

"In order to avoid this misunderstanding I am directed to convey the decision of the Government that it has decided to withdraw the letter dated 26.03.2021 mentioned above," Prakash said.

Mizoram Chief Minister Zoramthanga had recently written to Prime Minister Narendra Modi urging him to provide asylum to the refugees, saying a "human catastrophe of gigantic proportions" is happening in Myanmar and innocent citizens are being killed by the military, which is supposed to protect them.

He had dubbed as "not acceptable" the Centre's order to prevent illegal immigration from Myanmar and ensure speedy deportation of refugees.

Zoramthanga said the areas in Myanmar bordering Mizoram are inhabited by the people of the Chin community who share ethnic ties and have had close contact with the people of the state even before India became Independent.

"This (MHA advisory) is not acceptable to Mizoram. I understand that there are certain foreign policy issues where India needs to proceed cautiously. However, we cannot ignore this humanitarian crisis," Zoramthanga said in the letter.

Over 1,000 Myanmarese have taken refuge in Mizoram since the coup, and a senior government official told PTI on Monday that the state had received no communication from the Centre after the March 10 directive to stop illegal immigration from the neighbouring country.

An unspecified number of refugees also entered Manipur, including those with injuries, who were sheltered by the residents of border villages. PTI