Massive debris blocks a river, creating a reservoir that may inundate low-lying areas 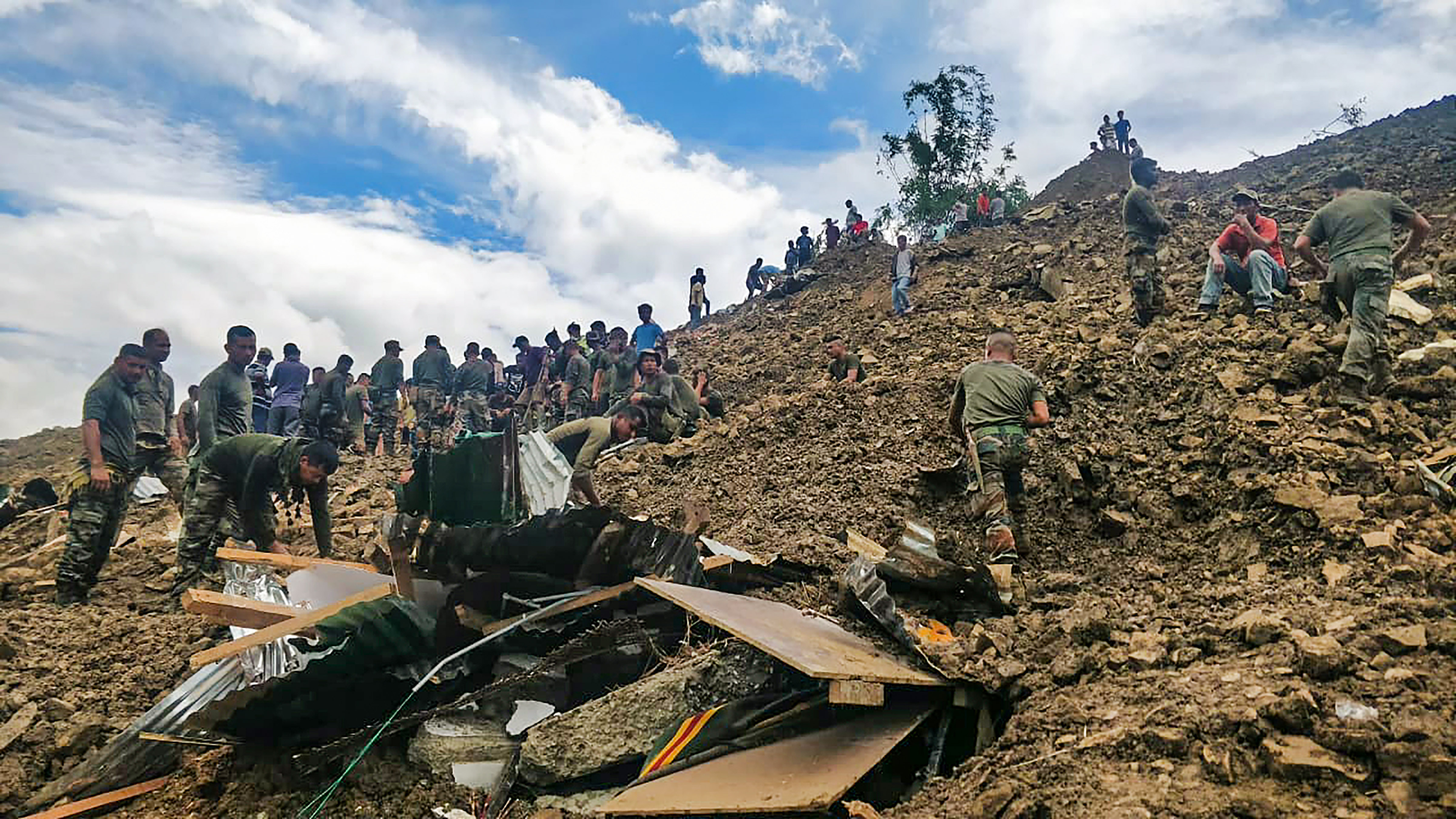 Eight persons, including seven Army soldiers and one civilian, have been killed after an Army post in Noney district, Manipur was hit by a landslide late Wednesday evening.

Fifty persons, including 23 soldiers, some railway officials and civilian labourers, are still missing, buried under the debris even as rescue operations are on.

In all 13 soldiers and five civilian labourers have been rescued alive from the rubble, some of them are injured.

Visited Tupul to take stock of the unfortunate landslide situation.

I’m thankful to Hon’ble HM Shri @AmitShah Ji for calling me to assess the situation and assured all possible assistance. A team of NDRF has already reached the site for rescue operation. pic.twitter.com/rJU1d9UgNQ

The remote post manned by 107 Territorial Army comprising troops of the 11 Gorkha Rifles, is for protection of the under-construction mega Railway Project from Jiribam to Imphal in Manipur.

A massive landslide struck the company location near Tupul Railway Station in Noney district, Manipur. A massive rescue operation has been launched amid inclement weather conditions. Besides the Army and Assam Rifles, the rescue teams include railways officials, civil administration, NDRF, SDRF are contributing in the search.

Relentless search operations will continue during the night. Engineering equipment, including bulldozers, have been pressed into service for creating access to the incident site and help in the rescue efforts, the Indian Army said.

The civil administration has cautioned civilians living in downstream areas of the river to take precautions and evacuate due to likelihood of breach in the dam created on the river by the landslide.

Army helicopters are on standby waiting for the weather to clear.