Prime Minister Narendra Modi on Sunday stressed on keeping up the vigil against coronavirus even though there is a gradual easing of lockdown restrictions, underlining, that the combat against the pandemic would be a long haul.

In his monthly radio programme, ‘Mann Ki Baat’, Modi said that the disease and its concomitant challenges are new and gigantic to the world community, including India.

He commended the people of India for fighting the disease unitedly with a fortitude which has helped contain it in a country as diverse and big as India.

“The campaign against the disease is people-driven,” Modi said, adding that ennobling and admirable features of the Indian society have surfaced starkly during the national health crisis.

The world has taken note of India’s fight against the disease and is anticipating innovative ways from it.

He referred to a number of cases of selfless community services rendered by people. He noted the success stories of technological innovations by people to deal with life thrown out of gear by coronavirus.

In this context, Modi referred to humanitarian service rendered by one Bhai Raju, a resident of Pathankot in Punjab. The good samaritan is physically-challenged and hails from the economically weaker section. He arranged for 3,000 face masks and food ration for 100 families during the lockdown.

He said that poor, workers and labourers, including migrants, have been affected the most due to the lockdown.

“Their hardships are ineffable,” Modi said and added that Centre, state governments and local self-governments, etc are all working to help them.

Extolling the virtues of India’s ancient Ayurveda discipline of medicine and cure, Modi said world leaders have been evincing interest in it in the search for anti-dote to coronavirus during his interactions with them.

He made a mention of Yoga, which he said has a suite of routine and postures which strengthen the respiratory system, as also steels immune system.

In the context of the pandemic, and health issues-which was the overarching theme of his Mann Ki Baat address, he said that “Ayushman Bharat Yojana” has provided benefit to more than one crore people. As much as 80 per cent of them hail from rural areas of which 50 per cent are women.

This Centre’s flagship health scheme has saved a total of Rs 14,000 crore of the beneficiaries which they would have had to incur on medical treatment.

He urged for the conservation of rainwater in the coming monsoon, protection of the environment, country’s ecology and biodiversity.

He appealed for the success of the “Aatma Nirbhar Bharat” campaign and said it has started gathering momentum. There is a growing echo of “vocal for local”.The government has taken measures to give a push to the country achieving “self-reliance”.

“Reports say that people have started making a list of locally made products for consumptions.”

Delving on India’s macro political-economy, Modi stressed on the significance of progress and advancement of eastern parts of India.

“The development of eastern parts of the country is important for the development of the entire country. I have given importance to the issue. Several measures have been taken in this regard,” Modi said. 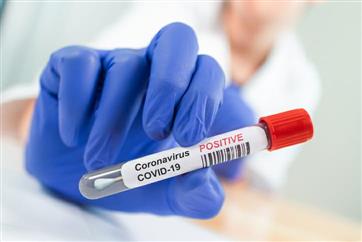