For 33-year-old Sunehri (name changed), a transwoman from Bihar, the issue of domestic violence pushed her out of her home years ago 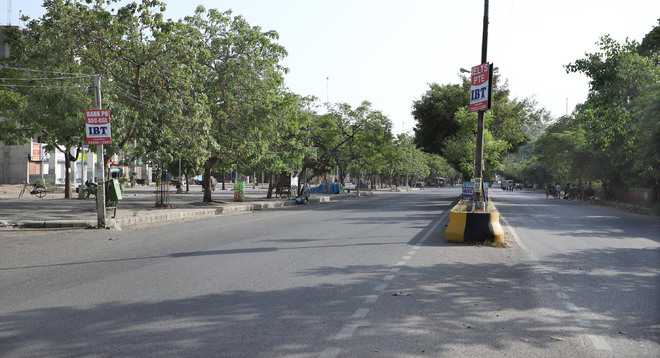 Reshma, a transwoman from Ajmer, was the sole breadwinner of her family of five, whom she started supporting at an early age of 16 by begging in trains.

She says she has heard all kinds of taunts and sarcastic comments about her gender from outsiders all her life, but was shattered when her own family's attitude changed towards her since the lockdown.

"As the lockdown progressed, and I was not able to bring anything back home, slowly the taunts started, which soon turned into verbal abuse. My family members, especially my brothers, for whom I had to drop out of school so that they could study, started calling me a disgrace," Reshma (36) said.

"They did not realise that I was a disgrace when I was supporting them financially. Slowly, the verbal abuse gave way to physical violence and one day, it became so unbearable that I decided to move out," she added.

For 33-year-old Sunehri (name changed), a transwoman from Bihar, the issue of domestic violence pushed her out of her home years ago.

She was sending money back home every month but ever since the lockdown was imposed, she lost all means of livelihood and had no option but to move back with them.

"I had to go back to my home as I had no money left to live alone. I thought the situation might have changed as my family was dependent on my earnings, but I was wrong. They were not there for me when I needed them. Their abuse started soon after I returned in May. I cannot wait to get back on my feet and end this torture," she said.

Krishna (name changed), a 33-year-old transwoman from Bengaluru, says she was shocked when her long-time partner hit her for the first time in April.

Treating it as a one-off incident, she forgave him but as the months passed, the abuse became more frequent.

"The violence increased up to a point that I started fearing for my life. My partner lost his job of a security guard soon after the lockdown and his frustration and anger turned violent as even I was unable to bring any money home," 40-year-old Krishna, who danced at celebrations to earn her living, said.

"I finally left him and moved back with my family members, who also do not want me to stay with them for long, but till I get back on my feet, there is no other option," she said.

The transgender community has been hit hard by the coronavirus pandemic.

Relegated to the sidelines of the society, many of the country's estimated 4.88 lakh transgender people are forced to make a living through begging, dancing at celebrations like weddings and sex work, according to rights groups.

But ever since the outbreak of the COVID-19 pandemic, many trans community members have lost their means of livelihood and have been struggling to earn a living.

They say they have been subjected to taunts, verbal abuse and domestic violence by their partners and family members in the last few months.

"They were of no value to their family members anymore once they stopped earning, so the family members started treating them as they wanted," said Jaipur-based transgender activist Pushpa Mai.

Bittu, an LGBTQ activist, said several transgender community members had to be rescued from their houses due to violence since the lockdown.

"We had to rescue a number of transmen during the lockdown because they were facing so much violence at their homes," he said.

Akhila Sivadas, the managing trustee and executive director of the Centre for Advocacy and Research (CFAR), a non-profit organisation, said the only way domestic violence, social stigma and discrimination will stop is by empowering transgender persons and groups.

"Constitute state and national-level commissions and councils for transgenders and let the National Legal Services Authority mandate the district legal services authorities to appoint transgender people as paralegal volunteers and not only sensitise everyone on law but also on the legal rights and entitlements of transgender people," she said.

Meera Parida, co-founder of Sakha, said, "The COVID-19 outbreak has pushed us back to those times when we were struggling to come to terms with our identity, get heard and save ourselves from life-threatening challenges."

In the context of the coronavirus pandemic, she urged the government to consider the concerns of transgenders while framing policies and strategies.

"The trans community needs the help and support of the society and the government more than ever now," she noted. PTI