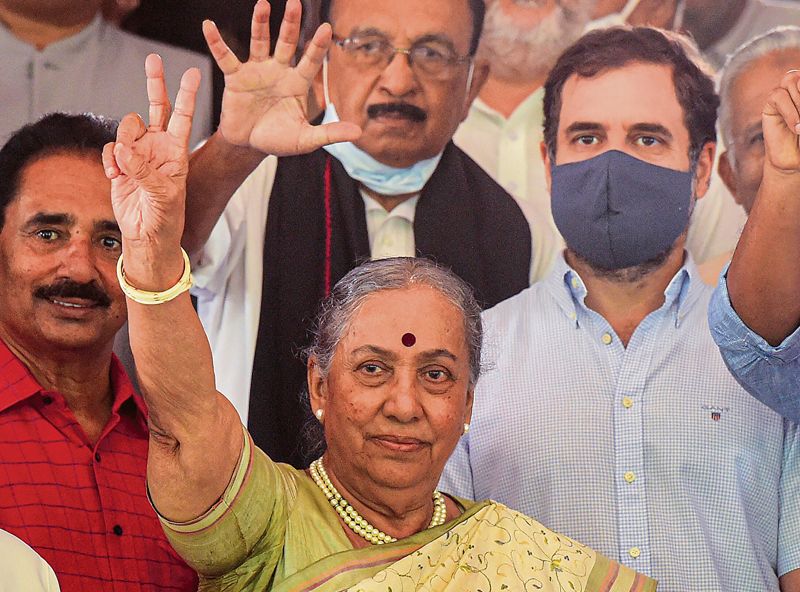 Margaret Alva after filing her nomination in New Delhi. PTI

The stage is now set for a contest between ruling NDA’s nominee Jagdeep Dhankhar and united Opposition candidate Margaret Alva for the August 6 vice-presidential election, as the latter today filed her nomination papers in the presence of senior leaders, including Rahul Gandhi, Sharad Pawar and others.

Incidentally, no leader from the Trinamool Congress or the Aam Aadmi Party was present during the nomination filing.

The poll will be held on August 6 to elect the successor to M Venkaiah Naidu, whose term ends on August 10.

“It is a privilege and honour to be nominated as the candidate of the joint Opposition for the post of Vice-President. I accept this nomination with great humility and thank the leaders of the Opposition for the faith they’ve reposed in me,” said Alva.