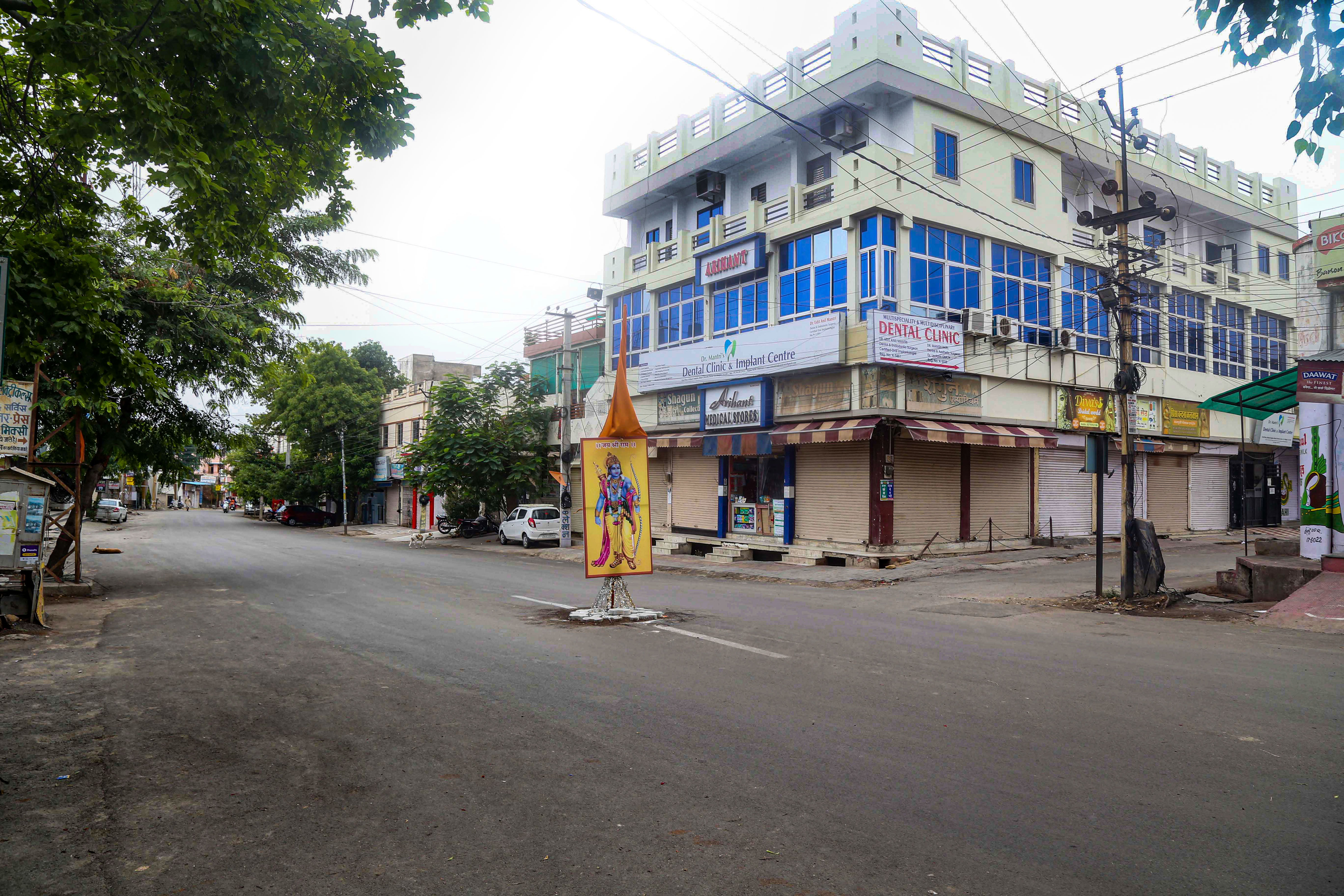 Deserted streets amid restrictions following the murder of tailor Kanhaiya Lal on Tuesday in Udaipur. PTI

Markets remained closed in most of parts of Jaipur on Thursday following a bandh call given by a trade union and the Vishwa Hindu Parishad to protest against the recent killing of a tailor in Udaipur.

Elaborate security arrangements had been made in view of the bandh, officials said, adding that emergency services were exempted.

"The bandh is successful. All the markets are closed," a VHP leader claimed.

Kanhaiya Lal, a tailor, was murdered on Tuesday by two men who had posted videos online that said they were avenging an insult to Islam.

The incident triggered stray cases of violence in Udaipur and curfew was clamped in seven police station areas of the city.

Lal was cremated on Wednesday in the presence of a large number of people.

Additional DCP North Dharmendra Sagar said all officers were on field and monitoring the situation.

"Elaborate security arrangements have been made to maintain law and order. The markets are closed and the situation is peaceful," he said.