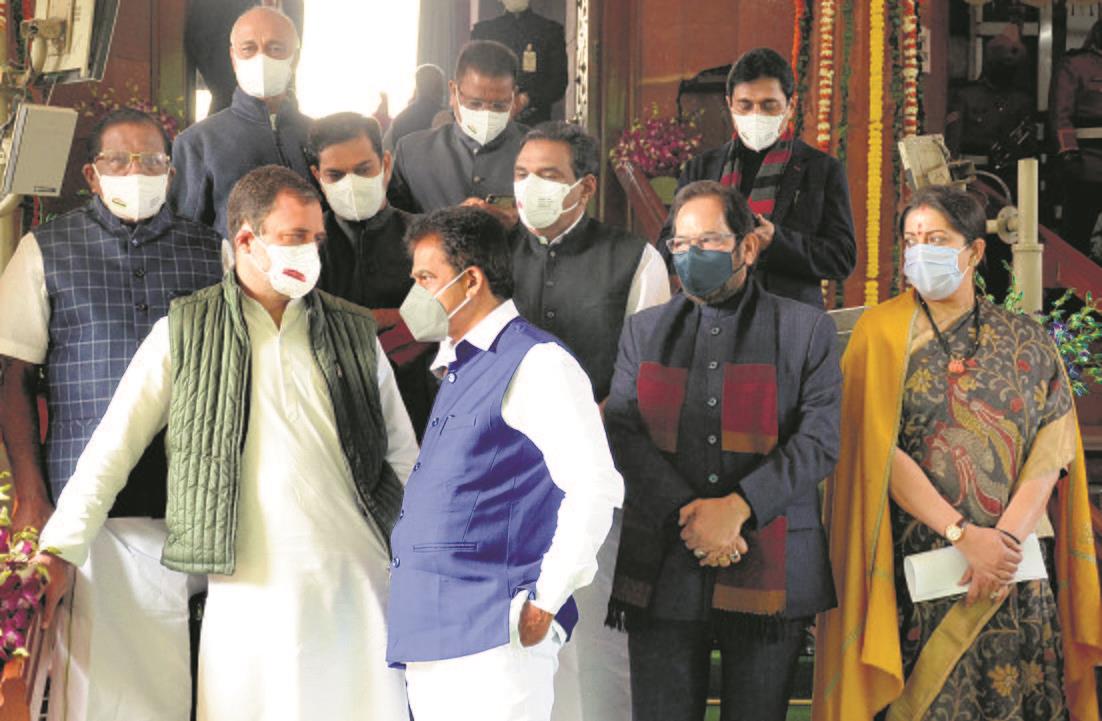 Congress leader Rahul Gandhi with other leaders at the Parliament House complex on Monday. Mukesh Aggarwal

The government on Monday sidestepped the Opposition’s demand to debate the Pegasus spyware issue during the Budget session of Parliament, saying the matter was before the Supreme Court.

The Congress-led Opposition, including the Left, sought a discussion after the New York Times revelations, claiming India bought the Pegasus spyware from Israel as part of a defence deal.

“On the Opposition’s demand to hold a debate on the Pegasus snooping issue, Minister of Parliamentary Affairs Pralhad Joshi has said the matter was sub judice as the case is in the SC,” an official statement said.

The demand came up at the all-party meeting called by the government where Congress leaders Mallikarjun Kharge and Adhir Ranjan Chowdhury raised the matter. With the government citing sub judice nature of the case, the stage is set for a stormy Budget Session. The meeting was attended by 38 leaders of 26 parties, including the BJP.