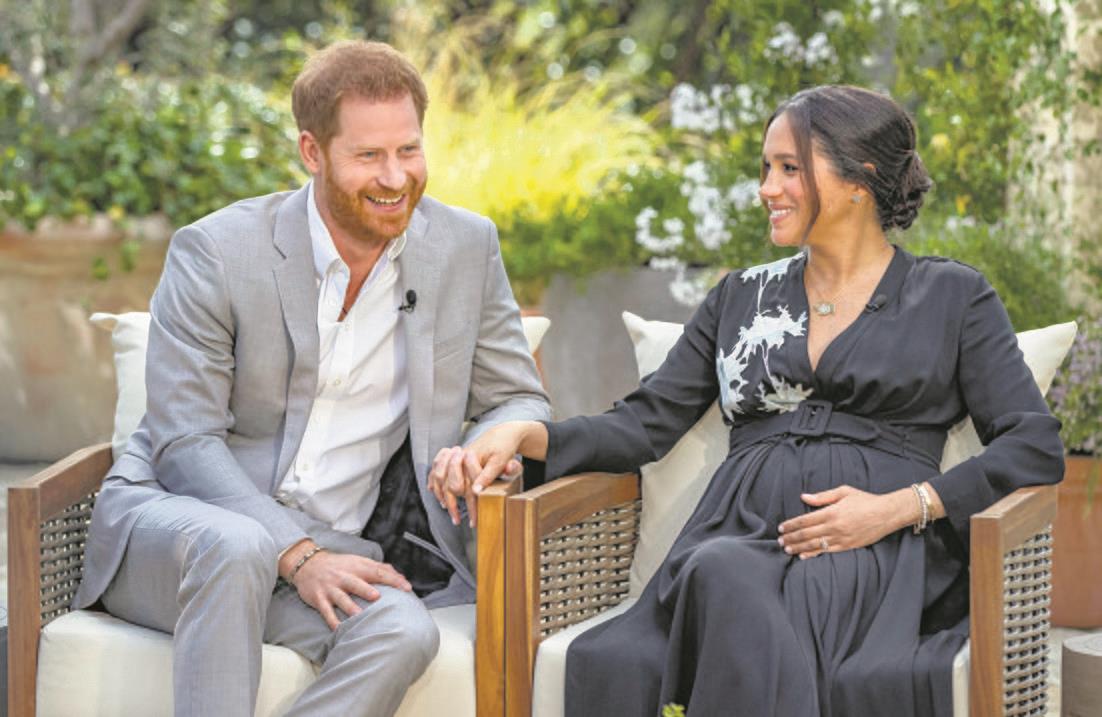 Meghan Markle struggled as a new member of Britain’s royal family after her marriage to Prince Harry to such a degree that she even contemplated suicide, she revealed in an explosive tell-all interview with American chat show host Oprah Winfrey.

Prince Harry in an interview

I had 3 conversations with my grandmother (Queen Elizabeth II) and two with my father (Charles), before he stopped taking my calls.

The two-hour special, aired on the CBS network in the US on Sunday and set to be aired on ITV in the UK on Monday night, saw Prince Harry joining his wife half-way through as the couple also spoke about concerns of racism within the royal ranks after being asked about their son Archie’s expected skin colour when mixed-race Meghan was pregnant with their first child.

“I just didn’t want to be alive anymore,” Meghan said, adding that when she “went to the institution for help” she was told it would not be forthcoming as it “wouldn’t be good for the institution”. The 39-year-old former American actress, who is pregnant with her second child, revealed that how the palace decided that their first-born, Archie, could not be a prince and would therefore have no security. She alluded to “concerns and conversations about how dark his skin might be when he’s born”. “Who is having that conversation?” asked a stunned Winfrey.

Meghan replied: “That was relayed to me from Harry.”

Harry, who is still sixth in line to the British throne, also spoke of his hurt at his father Prince Charles not taking his calls after the couple decided to step back as frontline royals last year.

They have since moved to California after formally stepping down from royal duties in March 2020. — PTI

Indian actress-TV host Simi Garewal was trolled for her tweet on the Duke and Duchess of Sussex, Prince Harry and Meghan Markle. “#OprahMeghanHarry I don’t believe a word Meghan says. Not a word. She is lying to make herself a victim. She is using the race card to gain sympathy. Evil,” Simi had tweeted earlier on Monday. PTI