Says cross-checked with party chief, no such announcement made 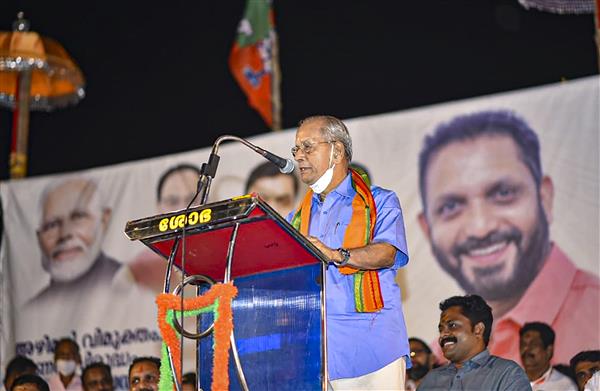 Hours after tweeting 'Metroman' E Sreedharan will be BJP's chief ministerial candidate for the Kerala assembly elections, Union Minister V Muraleedharan clarified on Thursday that the party has not made any such announcement.

"What I wanted to tell was that through media reports I learnt that the party has made this announcement. Later, I cross-checked with the party chief who said that he has not made any such announcement," Muraleedharan said on his earlier statement on E Sreedharan as CM face of BJP in Kerala.

Muraleedharan had earlier said, “BJP will fight Kerala polls with E Sreedharanji as its chief ministerial candidate. We will defeat both CPM and Congress to provide a corruption-free, development-oriented Governance for the people of Kerala.”.

In the current Assembly, the BJP has just one seat, Nemom.