MHA nod must for appointing nationals from neighbourhood 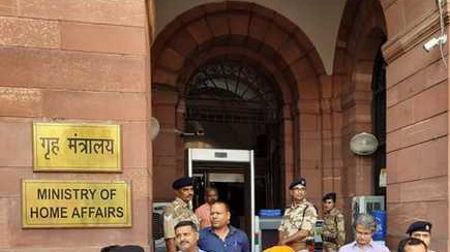 The government has made it mandatory for companies, registered in India, to obtain necessary security clearance from the Union Ministry of Home Affairs (MHA) before appointing a person from a country having land border with India on their board as director.

The countries having land border with India include Pakistan, Afghanistan, China, Nepal, Bhutan and Myanmar. Sources said the move is essentially aimed at preventing Chinese companies from circumventing Indian laws to do business in the country.

According to a notification issued by the Ministry of Corporate Affairs, a copy of which is with The Tribune, the changes have been made in the Rule 8 of the Companies (Appointment and Qualification of Directors) Rules, 2014.

To generate Director Identification Number (DIN), it said, “In case the person seeking appointment is a national of a country which shares land border with India, necessary security clearance from the Union Ministry of Home Affairs shall also be attached along with the consent.”

Given the economic scenario in the India’s neighbourhood, sources said the decision would majorly impact Chinese companies that operate in India through their subsidiaries. They also said intelligence inputs indicated that Chinese and Hong Kong investors were able to bypass the restriction on foreign investments from other neighbouring nations.

In April 2020, guidelines were issued that required mandatory government approval for foreign investment coming from countries sharing land borders with India. Previously, only investments from Pakistan and Bangladesh faced such restrictions.

According to the official data put up by the Ministry of Corporate Affairs, by the end of the last financial year 2021-22, there were nearly 500 foreign nationals in the country, who have their DIN and are placed on the boards of various companies and it is learnt from sources that nearly one-third of them are Chinese or Hong Kong nationals.