PM leaves for US today | To be accompanied by NSA Doval, Foreign Secy Shringla 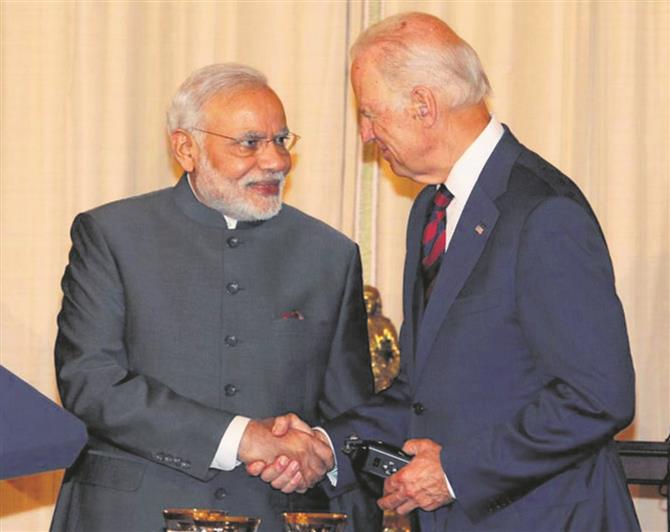 PM Modi and President Biden want to talk about the ways of pulling our countries even closer at every level of interaction between our societies. US senior official

US Vice-President Kamala Harris will meet Prime Minister Narendra Modi in Washington on September 23. This will be the first meeting between the two leaders.

New Delhi: A CIA officer, who travelled to India with CIA Director William Burns this month, reported symptoms consistent with Havana syndrome, a mysterious affliction that has struck US diplomats, spies and other government workers at home and abroad, US media reports said. TNS

“PM Modi and President Biden really want to talk about the ways of pulling our countries even closer together at basically every level of interaction between our societies,” said a senior US official at a briefing in Washington.

PM Modi will leave for the US on Wednesday with a full plate of engagements, besides his bilateral with Biden. The PM will also meet US Vice-President Kamala Harris, besides possible bilaterals with other world leaders.

Biden and Modi are also expected to discuss ways to boost trade and investment ties, strengthening defence and security collaborations and clean energy partnership, Shringla said. A day after meeting Biden and attending the Quad Summit at the White House, PM Modi will address the UN General Assembly on September 25, besides attending various events hosted on its sidelines. These will include an event on Covid hosted by Biden where Modi is expected to announce the resumption of Vaccine Maitri.

NSA Ajit Doval and the Foreign Secretary will accompany PM Modi on his US visit, while Jaishankar is already in the US. Shringla dismissed concerns that Quad could take a backseat with the emergence of AUKUS (Australia-UK-US) military pact aimed at containing China in the South and East China Sea as well as in Taiwan Strait. “Quad and AUKUS are not groupings of the same nature. Quad is plurilateral with a shared vision for the Indo-Pacific. AUKUS is not relevant to Quad, nor will it have an impact on it,” he said.