Modi seeks suggestions for his first virtual rally in UP 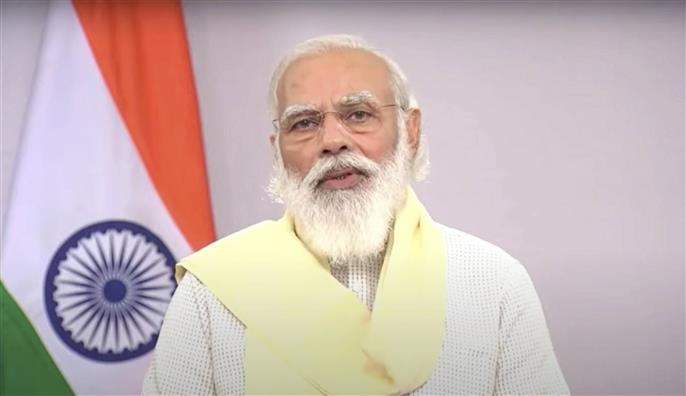 Prime Minister Narendra Modi has sought suggestions from the people for his first virtual rally for the Uttar Pradesh Assembly polls.

Calling that the strength of democracy lay in public participation and trust, Modi invited suggestions for his first virtual rally for Uttar Pradesh Assembly polls through Namo App.

Modi's virtual rally will cover five districts Gautam Buddha Nagar, Shamli, Muzaffarnagar, Baghpat and Saharanpur of Western Uttar Pradesh where election will be held in the first phase on February 10.

In a tweet, the Prime Minister said, "The strength of democracy lies in public participation and public trust. Your participation in the virtual rally to be held for 5 districts of Uttar Pradesh on 31st January is important. I request you to share your suggestions for this rally by visiting NaMo App," Modi tweeted.

The BJP has made elaborate arrangements for the virtual rally of the Prime Minister. Following the Election Commission of India (ECI) guidelines, the BJP will be arranging LED vans at 100 locations in 21 Assembly constituencies across the five districts. Around 500 people will hear the Prime Minister's address at one location as per the guidelines.

Apart from making arrangements for physical listening of Modi's virtual address, the BJP is ensuring that the maximum number of people will listen to it on various digital platforms, including the NaMo App. The BJP expects to reach out to around 10 lakh people through Prime Minister first virtual address.