Modi to meet Xi at G20 summit in November 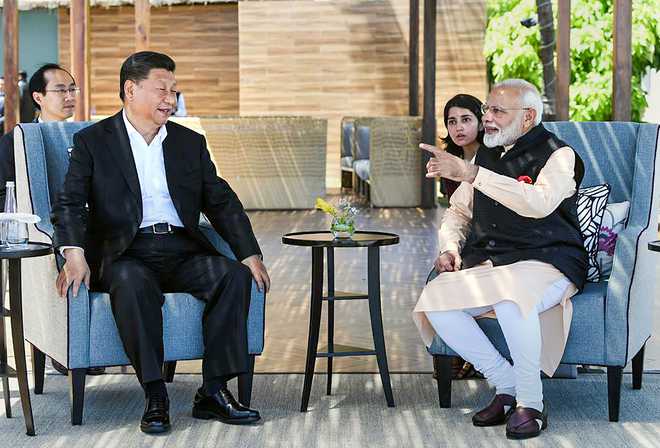 The meeting between Narendra Modi, Xi Jinping and Vladimir Putin was proposed by China and will be the first interaction after the bloodshed in the Galwan valley. file photo

A “virtual’’ meeting of Foreign Ministers from Russia, India and China (RIC) on Tuesday decided to hold a summit meeting of their three leaders on the sidelines of the G20 summit scheduled in Saudi Arabia in November and an interaction between their Defence Ministers as soon as the threat of pandemic recedes.

The meeting between Narendra Modi, Xi Jinping and Vladimir Putin was proposed by China and will be the first interaction after the bloodshed in the Galwan valley.

Defence Minister Rajnath Singh, who is in Russia on a three-day visit, said on Tuesday that he has been assured that ongoing (military) contracts with Moscow will be maintained and in a number of cases will be taken forward in a shorter time. “All our proposals have received positive response from the Russian side,” Singh said. TNS

The meeting with Defence Ministers will be held after the Covid situation stabilises, said Russian Foreign Minister Sergei Lavrov after a meeting with his counterparts S Jaishankar and Wang Yi via video conference. There was no joint declaration at the end of the meeting which indicated that India may not have wished to join hands with Russia and China on many anti-West observations made by their Foreign Ministers.

Larov made common cause with Jaishankar who pitched for making India a full-fledged member of the UN Security Council.

The two Foreign Ministers also concurred on the challenges facing the global security architecture and with Wang Yi agreed that illegitimate use of force against other countries was unacceptable. Asked if Russia could build more trust between India and China, Lavrov said Moscow had never made such an attempt because both countries “have everything they need”.

Jaishankar called upon the leading voices of the world to be exemplars in respecting international law.