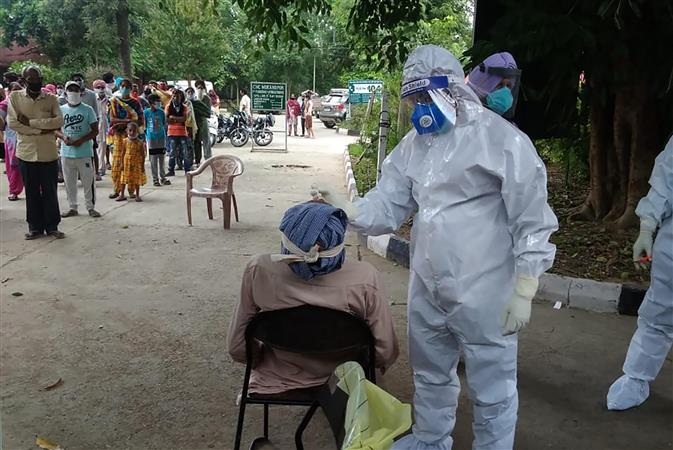 India’s Covid active caseload was recorded at 1,55,986, comprising 1.41 per cent of the total infections. This is largely attributable to the upsurge in daily new cases in some states and UTs, the ministry said.

As far as the change in active cases in a span of 24 hours is concerned, Maharashtra reported maximum positive changes with an addition of 4,902 cases whereas Kerala has recorded maximum negative change with decrease of 989 cases, the ministry said.

Nine states and UTs have vaccinated less than 60 per cent of the registered HCWs.

Thirteen states and UTs have vaccinated less than 40 per cent of registered FLWs.

"The gap between total recovered cases and the active cases is constantly rising and stands at 10,594,694 as on date," the ministry said.

A total 12,179 recoveries were registered in  a span pf 24 hours. The ministry said that 85.34 per  cent of the new recovered cases are observed to be concentrated in six states.

Kerala has reported the maximum number of single-day recoveries with 4,652 newly recovered cases. 3,744 people recovered in Maharashtra in a span of 24 hours followed by 947 in Tamil Nadu.

A total 16,577 new daily cases have been recorded in a day, the ministry said, adding that 86.18 per cent of the new cases are from six states.

Maharashtra continues to report the highest daily new cases at 8,702. It is followed by Kerala with 3,677 while Punjab reported 563 new cases.