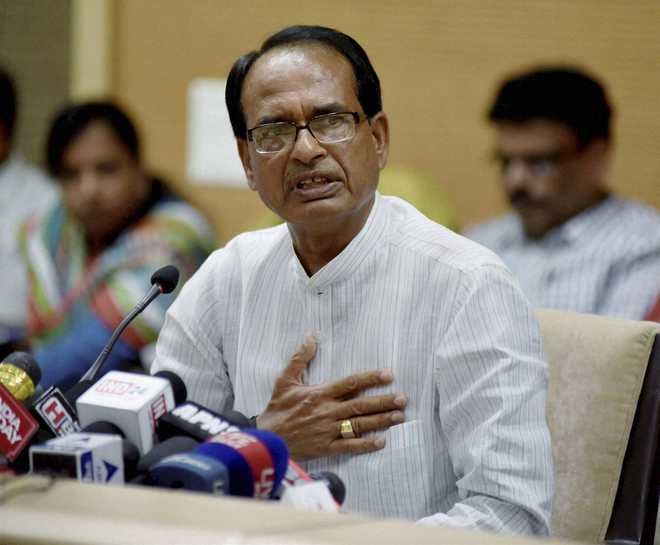 Madhya Pradesh Chief Minister Shivraj Singh Chouhan on Tuesday announced that his government will transfer Rs 4,000 into the bank accounts of farmers in the state in two equal instalments in a financial year.

The benefit would be given to those who are enrolled under the Pradhan Mantri Kisan Samman Nidhi (PM-KISAN) scheme.

“With a view of overall development of farmers, we have decided that schemes being run in their interest, such as relief under RCB6(4), PM Kisan Samman Nidhi, loan at zero per cent interest and Prime Minister Crop Insurance, we will implement all the schemes as a package,” Chouhan said in a series of tweets.

In the first phase of this series, the CM Farmers Welfare Scheme is being started in the state, he said.

“Under this scheme, all eligible beneficiary farmer families covered under the PM Samman Nidhi will be paid a total of Rs 4,000 in two instalments in a financial year.

Welfare of farmers is the goal of my life,” Chouhan tweeted.

The chief minister said his government will help farmers double their income by 2022.

“We re-implemented the loan scheme at zero interest rate. Complete benefits of Kisan Samman Nidhi and Bima Yojana were given. More than Rs 27,000 crore were paid to farmers for food grains purchase. We will leave no stone unturned to double farmers’ income by 2022,” he said in another tweet.

Earlier in the day, Chouhan, in a programme here, transferred loans worth Rs 800 crore to farmers’ accounts in the state at zero per cent interest.

Under the PM-KISAN scheme, the Centre transfers an amount of Rs 6,000 per year, in three equal instalments, directly into the bank accounts of farmers, subject to certain exclusion criteria relating to higher income status. PTI