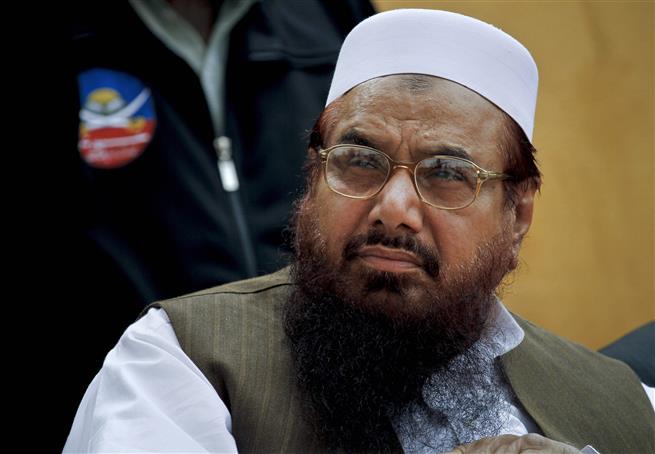 Mumbai attack mastermind Hafiz Saeed on Tuesday pleaded “not guilty” in two terror financing cases against him as the Jamaat-ud-Dawah chief recorded his statement in a Pakistani anti-terrorism court here, amidst mounting international pressure on Islamabad to rein in militant groups.

The Counter Terrorism Department had registered 23 FIRs against Saeed and his accomplices on the charges of terror financing in different cities of Punjab province and arrested him on July 17. He is held at the Kot Lakhpat jail in Lahore.

Saeed-led JuD is believed to be the front organisation for the Lashkar-e-Taiba (LeT) which is responsible for carrying out the 2008 Mumbai attack that killed 166 people, including six Americans.

“In response to a questionnaire handed over to him by the Anti-Terrorism Court (ATC) Lahore regarding terrror financing charges against him, Saeed on Tuesday submitted his reply in which he dismissed all charges against him. He pleaded not guilty,” a court official told PTI after the in-camera hearing.

The official said the ATC adjourned the hearing till Wednesday for final arguments.

The cases of terror financing have been registered against Saeed in Lahore and Gujranwala cities in Punjab province on the application of the Counter Terrorism Department of Punjab Police.

Saeed was produced at the ATC under tight security. Journalists were not allowed to enter the court premises for the coverage of the proceedings.

At the last hearing on January 13, Saeed’s counsel had requested the court for adjournment of the hearing against his client, saying that Saeed needed more time to record his statement.

On January 10, a questionnaire was handed over to Saeed by a Pakistani anti-terrorism court.

Deputy Prosecution General Abdur Rauf had submitted the questionnaire for Saeed in the ATC which was handed over to him for reply.

Cross examination of prosecution witnesses against the founder of the LeT and his three close aides by the defense counsel has already been concluded.

The prosecution had produced a number of witnesses against Saeed.  The ATC indicted Saeed and others on December 11 in terror financing case.

Saeed’s indictment followed growing international pressure on Pakistan to stop militant groups from collecting funds in the country and to take immediate action against those still involved in militant activities.

The international terror financing watchdog FATF has decided to keep Pakistan on its ‘Grey’ list for failure to curb funnelling of funds to terror groups LeT, JeM and others.

The Paris-based Financial Action Task Force (FATF), which kept Pakistan on the Grey List for an extended period till February 2020, had warned in October that Islamabad would be put on the Black List if it did not comply with the remaining 22 points in a list of 27 questions.

Saeed, a UN and US designated terrorist, has USD 10 million American bounty on his head. — PTI