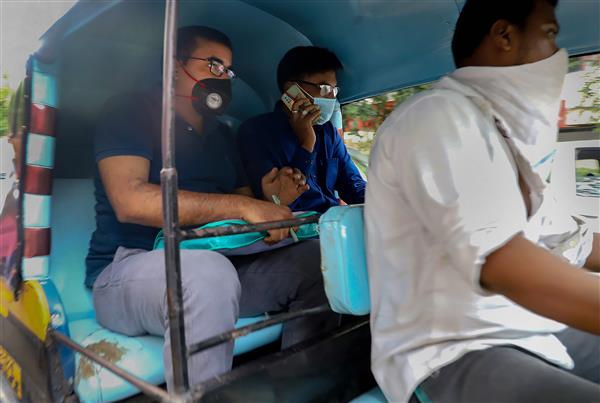 Bihar policemen arrive at a branch of Kotak Bank for investigation in connection to death by suicide case of Bollywood actor Sushant Singh Rajput, in Mumbai on July 30. PTI

The Mumbai Police is assisting the sleuths from Patna visiting the metropolis to probe the death of Bollywood star Sushant Singh Rajput, Bihar's Director General of Police (DGP) Gupteshwar Pandey said on Saturday, dubbing the allegations of misbehaviour as "rumours".

Speaking to reporters, he said the Bihar Police is capable enough to investigate the matter and has recorded statements of a number of persons.

Our team is camping in Mumbai. It has already examined and recorded the statement Rajputs close friend Mahesh Shetty. It also recorded the statement of his ex- girlfriend Ankita Lokhande, his sister Mitu Singh, cook Ashok, Niraj, and Dr Chavda (Dr Kersi Chavda), who treated Sushant for depression, Pandey said.

Some more persons will be examined in connection with the alleged suicide, he added.

Pandey said the Bihar Police wants all medico-legal evidence related to the case handed over to it, asserting that it will bring out the truth at the earliest.

A four-member team of the state police is in Mumbai to probe the suicide after it registered an FIR at the Rajiv Nagar police station here on July 25 based on a complaint lodged by Rajput's father KK Singh.

Our team had a meeting with Mumbai's Deputy Commissioner of Police (Crime) on Friday evening. The DCP assured of cooperation... Initially, there was some confusion and non-cooperation, Pandey told reporters here.

Stating that the allegations of Mumbai Police's misbehaviour with the Bihar Police personnel were "rumours", Pandey said the local police there helped the sleuths from the eastern state reach its destinations.

He said that the Mumbai Police did so as probably it did not want the Bihar Police to encounter the media.

The Bihar Police also wants details of those who were examined by the Mumbai Police and what they have said in their statements, the top police chief said.

Replying to a question, he said, Why would we ask for a CBI probe. Bihar Police is capable enough for probing the case. If needed, an IPS-rank officer may be sent to Mumbai to lead the investigation.

The chorus for a CBI inquiry into the death, which happened on June 14, is growing with parties cutting across the political lines in Bihar, demanding that the central investigating agency take up the case for a fair probe.

The Bihar Police team reached Mumbai on July 27 and began its probe.

The FIR was lodged under various sections of the Indian Penal Code, including those pertaining to abetment of suicide and fraud.

In his FIR, the father accused actor Rhea Chakraborty, who is said to have been in a relationship with Rajput, of having used his sons standing in Bollywood to promote her own career, trying to drive a wedge between him and his family, getting him fed with medicines for mental illness with the help of conniving doctors and blackmailing him with threats of making his medical history public to tarnish his public reputation.

The bereaved father has also alleged that at least Rs 15 crore was withdrawn from his sons bank account to which Chakraborty and her family members had gained access and that barely a week before Rajput hung himself to death at his Bandra residence, the actress had visited his house and stolen his laptop, ATM card and other important documents. PTI