Naidu appreciates use of regional languages during Rajya Sabha session 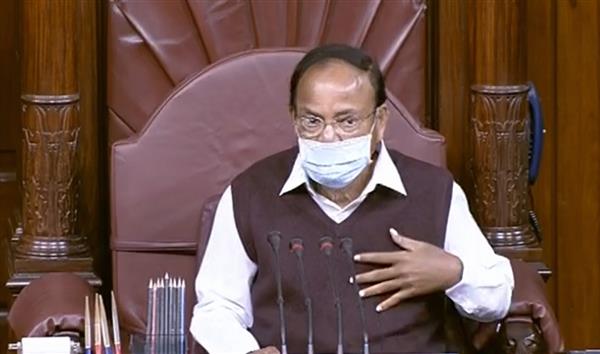 Rajya Sabha Chairman Venkaiah Naidu on Tuesday appreciated the growing trend of the usage of regional languages, including Dogri and Kashmiri by the Members in the House.

In his prefatory remarks in the House before taking up today’s list of Business, Naidu suggested to the Union Home Ministry and the HRD Ministry to get administrative work-related papers and correspondences translated into regional languages, which would help to promote them.

He hoped that the trend would be followed even in the Judiciary.

He said he had reservations terming the local languages as “regional” languages, and preferred to call them “mother tongue”.

He also appreciated the Indian Cricket team’s recent Test Match series win of the Border-Gavaskar Trophy in Australia. He said it was exhilarating.

He noted that the team, under the leadership of Ajinkya Rahane, was young and lacked experience but rallied after losing the match at Adelaide to finally win the Border-Gavaskar trophy.

He termed Rahane scoring a century in Melbourne as “gritty”, which had helped fashion India’s win.

“The young members of the team have made the country proud.They symbolise the characteristic spirit of young India’s ‘indomitable spirit’,” he added.