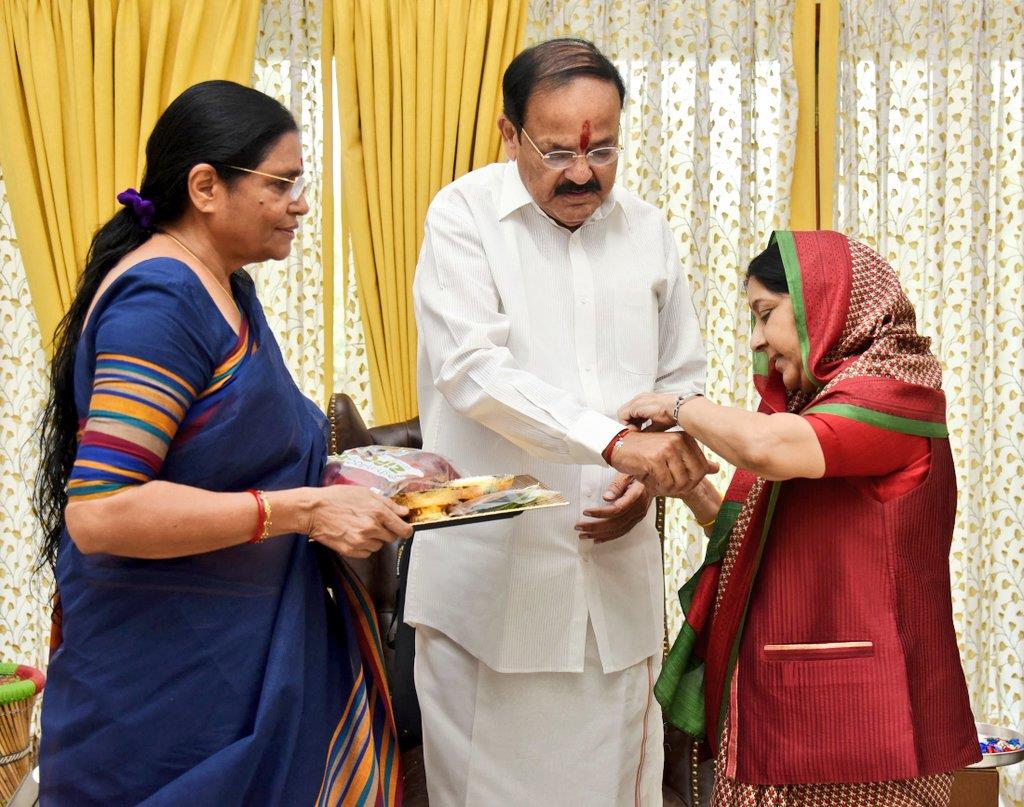 “Dear sister Sushma, missing you a lot today,” Naidu tweeted in Hindi and English, along with an old picture of the late BJP leader tying him a ‘rakhi’.

Swaraj’s daughter Bansuri also shared an old picture of her mother tying a ‘rakhi’ to Naidu.

“A sweet memory of Rakshabandhan,” she captioned.

Official sources said Naidu spoke to Bansuri and enquired about her wellbeing.

His wife Usha had sent her a saree and gifts.

Bansuri said she felt like her mother is back. PTI