National Herald case: Rahul Gandhi to appear before ED for fourth round of questioning on Monday : The Tribune India

National Herald case: Rahul Gandhi to appear before ED for fourth round of questioning on Monday 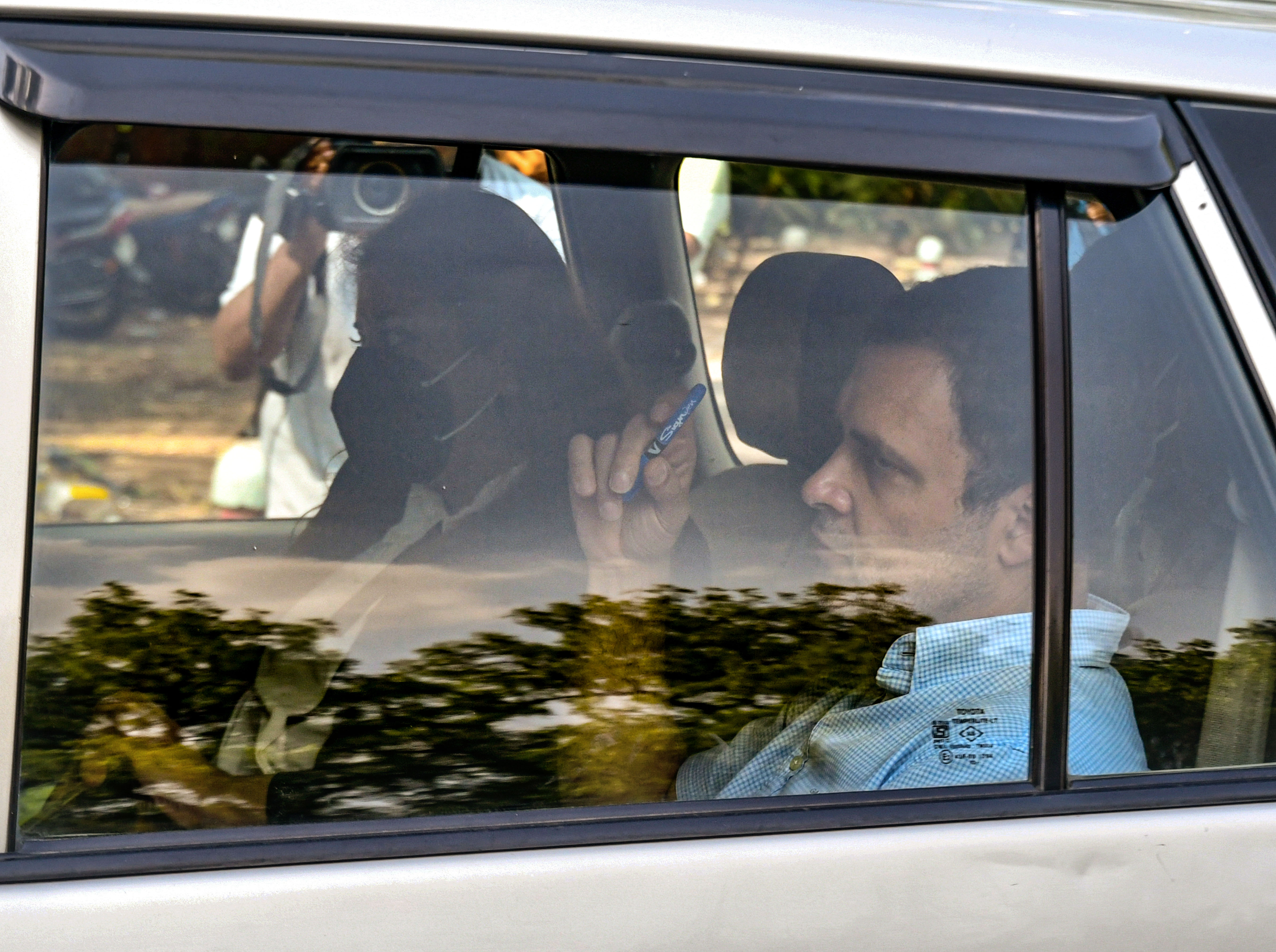 The Enforcement Directorate (ED) will resume its fourth round of questioning of Congress leader Rahul Gandhi in connection with the National Herald case on Monday, as he will appear before the agency to record his statements under the PMLA after seeking exemption from appearance on Friday, which was accepted.

Last week the ED had questioned Rahul for nearly 30 hours in three straight days from Monday till Wednesday. He first sought exemption from appearance on Thursday, following which he was called on Friday.

According to sources the Congress leader is being questioned about his official position in Young Indian (YI) that took over Associated Journals Limited (AJL), the company, which runs the National Herald newspaper. He has also been questioned about his family’s shareholding in the AJL, they added.

The sources said, Rahul is being questioned about the circumstances under which the AJL was taken over by Young Indian in 2010 and thereby making it to become the owner of all assets owned by the National Herald newspaper.

The ED’s case under the provisions of Prevention of Money Laundering Act (PMLA) is based on a trial court order that allowed the Income Tax Department to probe the affairs of the National Herald newspaper following a petition filed by BJP MP Subramanian Swamy in 2013.

However, the Congress announced a peaceful protest in this regard on Monday adding that a party delegation will also meet President Ram Nath Kovind.