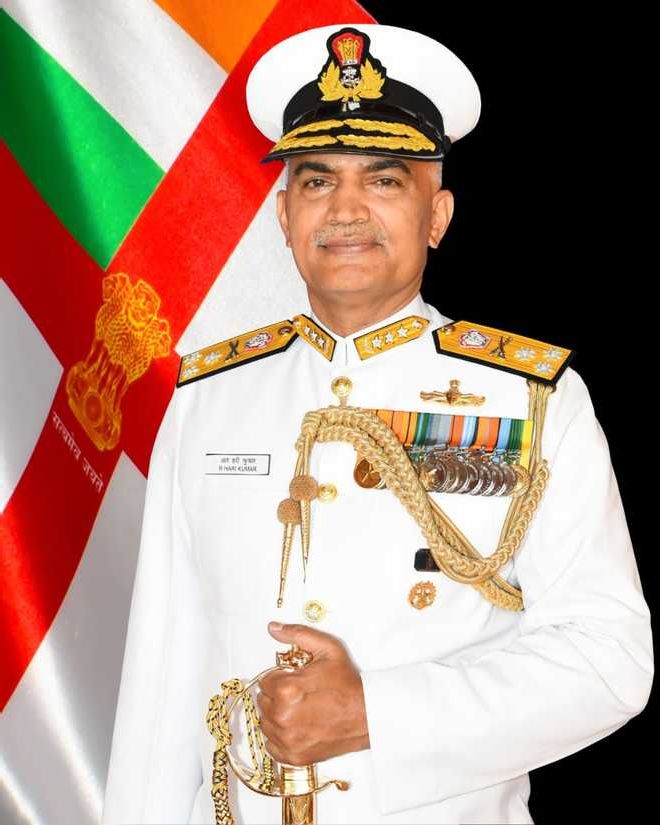 Navy Chief Admiral R Hari Kumar on Tuesday said China remained a formidable challenge as it had increased its presence along land borders as well as at sea.

We see a lot of Chinese fishing and Navy vessels in the Indian Ocean region. We are keeping an eye on them. Admiral R Hari Kumar, Navy Chief

The Admiral, while addressing the 49th National Convention of the All-India Management Association, spoke on “India’s Naval Revolution: Becoming an Ocean Power”.

“We see a lot of Chinese fishing and Navy vessels in the Indian Ocean region. We are keeping an eye on them… Our capability plan is not based on any country. It is as per our requirement to protect our nation,” the Admiral said. On Pakistan, he said despite facing an economic crisis, it had continued with its military modernisation. The Pakistan navy was expected to become a force with 50 platforms (ships, submarine etc.) by 2030-35, he said, adding terrorism remained a major security treat. “We have combat-ready units deployed on specific missions. The Navy’s footprints have expanded to where our interests lie. In the past seven years, 29 ships have been constructed in India. The aim is to become fully atmanirbhar (self-reliant) by 2047,” the Navy Chief said.