Officials of the NCB, which filed its chargesheet in a Mumbai court, says Aryan Khan and five others have not been named due to ‘lack of sufficient evidence’ 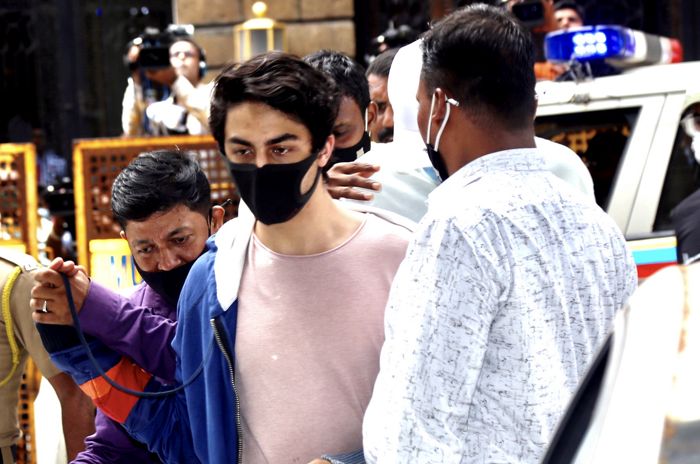 The Narcotics Control Bureau (NCB) on Friday filed a chargesheet in a Mumbai court in connection with last year’s ‘drugs-on-cruise’ case. The anti-narcotics probe agency has given a clean chit to Aryan Khan, son of Bollywood superstar Shah Rukh Khan, who was arrested last year in October and spent 22 days in jail.

Officials in the NCB’s Special Investigation Team (SIT), who filed the chargesheet, said Aryan Khan and five others had not been named due to “lack of sufficient evidence”.

Later, in a statement, the NCB asserted that the SIT, which is headed by Deputy Director General (Operations) Sanjay Kumar Singh, carried out its probe in an “objective manner” and claimed that “the touchstone of the principle of proof beyond reasonable doubt has been applied”.

“Based on the investigation carried out by the SIT, a complaint against 14 persons under various Sections of the NDPS Act is being filed (before a Mumbai court). Complaint against rest six persons is not being filed due to lack of sufficient evidence,” it said.

It added that eight persons were arrested by the NCB’s Mumbai zonal office on October 2 last year from the international cruise terminal and the vessel that was operated by a company called Cordelia. The accused were Vikrant, Ishmeet, Arbaaz, Ayan, Gomit, Nupur, Mohak and Munmun.

“All the accused were found in possession of narcotics except Aryan (Khan) and Mohak (Jaiswal),” the NCB said.

The NCB submitted its chargesheet before the registry and the special NDPS court, which will take cognizance after verification of the documents, the officials said, adding that the agency was granted a 60-day extension to file the chargesheet by a special court, which was going to end today.

Arrests in the case were made by the NCB’s Mumbai zonal office under its former Director Sameer Wankhede and his team. But on November 6 last year, the NCB headquarters removed Wankhede from the probe and five others and transferred the case to a Delhi-based SIT under DDG (Operations) Sanjay Singh following a huge political controversy.

According to the officials, the key findings of the SIT included that Aryan Khan was never in possession of drugs. Hence, there was no need to take his phone and check his chats. The chats did not suggest Khan was part of any international syndicate.

Later, Director-General of NCB SN Pradhan also said that based on several of the court orders, “our officers investigated the case and collected evidence, which could physically be corroborated”. He said, “Digital devices, contents on them and other circumstantial evidence need to be physically proved in the court. Since, no such evidence were found, the agency decided to drop the names of six accused persons from the chargesheet.”

Pradhan, however, claimed that this chargesheet is not the finality of the case; if investigators find additional evidence during the course of trial, it may file a supplementary chargesheet.

The DG also conceded to the fact that there were loopholes and procedural irregularities in the initial probe and therefore, the SIT was formed. A separate vigilance enquiry in relation to the case is continuing and lapses on the part of any official if found would be dealt firmly by the department, he said.

The raid on the yacht was not video-recorded as mandated and the drugs recovered from multiple accused arrested in the case were shown as single recovery, which were a procedural lapse.

Wankhede has since been repatriated to his parent cadre in the Ministry of Finance and reportedly he is currently posted at the Mumbai office of the DRI.

The SIT’s review of the probe involved questioning of all the arrested persons, witnesses and officials at NCB’s Mumbai unit who took part in the raid along with Wankhede. It revealed Khan never asked his friend Arbaaz Merchant to bring drugs on the cruise.

Wankhede’s team relied on WhatsApp chats and claimed the accused were part of a larger conspiracy. It alleged that Aryan Khan was in touch with some foreign drug supplier, and the chats referred to “hard drugs” and “bulk quantities”, which the DG NCB said there is no proof of in this regard, “as people came to the ship in groups of two, three or four”.

Prabhakar Sail, a key NCB witness, had alleged Wankhede was part of Rs 25 crore extortion racket targeting Khan. He alleged he was forced to sign sheets of blank paper.

The timeline of the case

October 2, 2021: NCB officials raided the ship. Aryan Khan and few others detained in connection with the seizure of banned drugs onboard.

October 3: NCB registers a case under Sections of the NDPS Act. Aryan Khan, Arbaaz Merchant and Mumum Dhamecha formally arrested and produced before a magistrate court, which remands them in one-day NCB custody

October 4: NCB seeks their further custody saying it has found evidence linking the trio to international drug trafficking. Their custody extended till October 7.

October 7: NCB seeks another extension of remand of the trio, but its request denied. Aryan and other accused sent in judicial custody.

October 8: Aryan Khan moves for bail in magistrate court. But magistrate rejects the plea saying it is non-maintainable before court.

October 30: Aryan Khan released from jail around 11 am.

November 6: The NCB headquarters removed Wankhede from the probe following a huge political controversy and the SIT was formed.