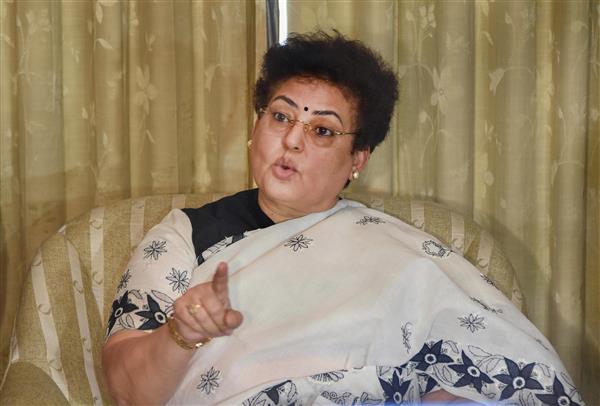 Chairperson of the National Commission of Women Rekha Sharma on Tuesday said her Twitter account has been hacked and that she had lodged a complaint with the micro blogging site.

Some of the tweets in the “hacked series” were misogynistic.

Sharma was trolled for her old tweets which she said had been hacked.

Sharma’s Twitter timeline was later protected with the message saying “these tweets are protected”. She had earlier tweeted “I am going to complaint to @TwitterIndia and will reach to that person who hacked my account. Not going to leave the perpetrator.”