NDA's Presidential candidate Droupadi Murmu calls on PM Modi, he will be her first proposer 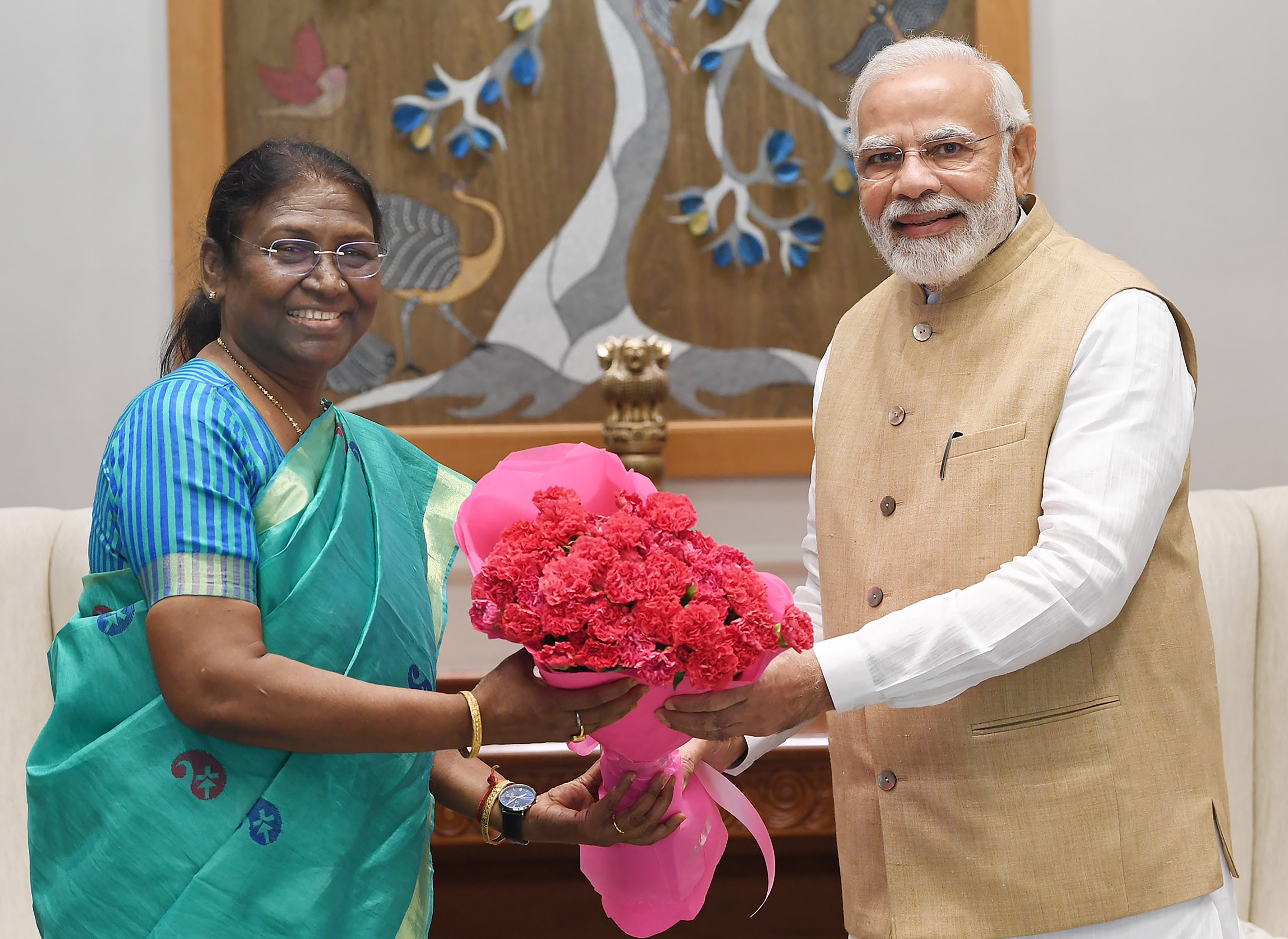 Droupadi Murmu, NDA’s presidential candidate, on Thursday met Prime Minister Narendra Modi, who will be the first proposer tomorrow when she files her nomination papers for the July 19 presidential election.

Murmu, 64, arrives in Delhi to a rousing welcome by BJP leaders and workers at the Delhi airport with union tribal affairs minister Arjun Munda present to greet her.

Ecstatic voices filled the air as Murmu was showered with rose petals and literally mobbed by leaders elated her her nomination.

Top sources said PM Modi will be the first proposer for Murmu tomorrow. The BJP is readying a set of four nomination papers with the BJD accepting to sign one.

The BJD support to Murmu has spurred the NDA past the half way mark in the electoral college for the presidential election which consists of 10,86,431 votes.

The BJP as of today is at 52 pc votes in this college with Murmu set to become India’s first tribal president, the first president to be born post independence and the youngest.

“BJP President Shri @JPNadda ji spoke to me about the filing of nomination of Smt #DraupadiMurmu ji for #PresidentElection. My cabinet colleagues Jagannath Saraka and Tukuni Sahu will sign nomination papers today and attend the event tomorrow,” Patnaik tweeted with the hashtag #OdishaLeads.

Murmu, who hails from Mayurbhanj, was a two time MLA in Odisha assembly and a minister of state in Patnaik led government when BJP used to support the BJD.

A set of 50 proposers and seconders are required to be submitted with the presidential nomination.

The BJP is also learnt to be reaching out to YSRCP to sign Murmu’s nomination.

Murmu’s nomination is a political masterstroke with even UPA constituent JMM in a bind over not supporting her since JMM is a tribal party and Murmu a tribal leader who also served as the first woman governor of Jharkhand.

Nadda is personally leading the entire nomination filing and campaign strategy for Murmu.

The PM today said after meeting Murmu, “Met Smt. Droupadi Murmu Ji. Her Presidential nomination has been appreciated across India by all sections of society. Her understanding of grassroots problems and vision for India’s development is outstanding.”

The July 18 contest is a non-contest with the UPA far behind on the numbers. Non NDA candidate Yashwant Sinha meanwhile began his campaign today.