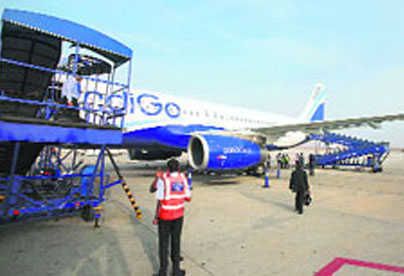 The Directorate General of Civil Aviation (DGCA) has ordered a probe into a possible mid-air collision, as two IndiGo flights, which took off from the Kempegowda International Airport in Bengaluru on January 7, had come close to each other after taking off.

A major tragedy was averted as two IndiGo planes had hundreds of passengers on board. The incident occurred after IndiGo flights 6E 455 departing for Kolkata and 6E 246 for Bhubaneswar were given permission to depart at the same time.

An official said the DGCA has ordered an inquiry into the incident and the strictest possible action would be taken against those found responsible for the mid-air scare.

“The incident was not recorded in any logbook and was not reported by the Airports Authority of India. Both aircraft took off from Bengaluru airport in a span of about five minutes,” the official said.

Officials of DGCA said the two IndiGo planes were involved in “breach of separation” at the airport. Breach of separation happens when two aircraft cross each other within the minimum mandatory vertical or horizontal distance in the airspace.