CJI was addressing a Constitution Day function in New Delhi 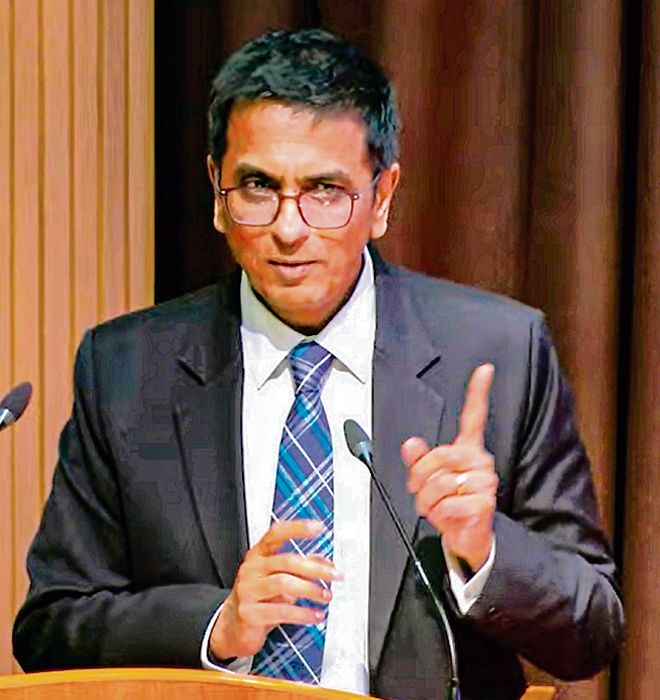 Calling for a citizen-centric approach to justice delivery, Chief Justice of India DY Chandrachud on Saturday said courts must reach out to people instead of people reaching out to courts.

Addressing the Constitution Day function, he stressed the need to simplify the litigation process by augmenting technology with institutional reforms to make justice accessible which, he said, was the “paramount” challenge. “We have been adopting technology to improve the working of courts. It is of supreme importance and necessity that courts are remodelled to reach out to people instead of people reaching out to courts in their quest for justice…To ensure that courts reach out to people, it is essential that the process of litigation is simplified and made citizen-centric,” the CJI said.

“While technology has ably aided us in ensuring functionality of the judiciary during the pandemic, technology must be augmented with institutional reforms to resolve the chief issue of access to justice...,” he said, underlining it was important that the representation of marginalised communities and women in the legal profession and judiciary was increased.

Justice Chandrachud said as CJI, he had been attempting to adopt technology-based services in listing of cases and court hearings. Describing the district judiciary as people’s first interface with the judicial system, he said, “The district judiciary must be lifted from the mindset of being a subordinate judiciary.” The CJI said the hybrid mode of functioning of the Supreme Court had enabled lawyers and parties to appear in person from different parts of the country.

Our endeavour is to enhance access to justice, he added.