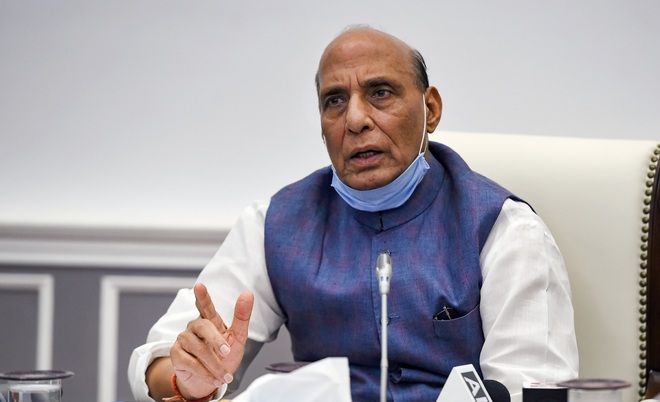 A new underwater sensor is being tested to scan for enemy submarines trawling around the 7,500-km-long Indian coast. Tracking an underwater submarine is one of biggest challenges of the modern warfare.

The undersea sensor made by a Pune-based private company is backed by the Innovations for Defence Excellence (iDEX) under the Defence Innovation Organisation (DIO) of the Ministry of Defence.

The sensor will located at the seabed and can pick up a submarine from anything between 10 km and 40 km depending on the hydrology of the sea. At present, the sensor is wired to the coast for the power and data transfer. The next step is to make it wireless.

The under-sea sensor was among the 75 artificial intelligence (AI) products and technologies unveiled at the first-ever “AI in Defence” (AIDef) symposium and exhibition organised by the ministry today.

Defence Minister Rajnath Singh opened the exhibition and the seminar that saw participation by the industry and armed forces.

The minister said, “India needs to work on artificial intelligence mechanism extremely carefully and be ready to face the legal, ethical, political and economic upheaval that may follow the expansion of this technology.”

He stressed that the AI technology should not be dominated by a country or a group, as had been the case with nuclear technology, and India needed to make advancements in the field.

Another notable product unveiled today was a high-altitude swarm drone system that is currently being tested.