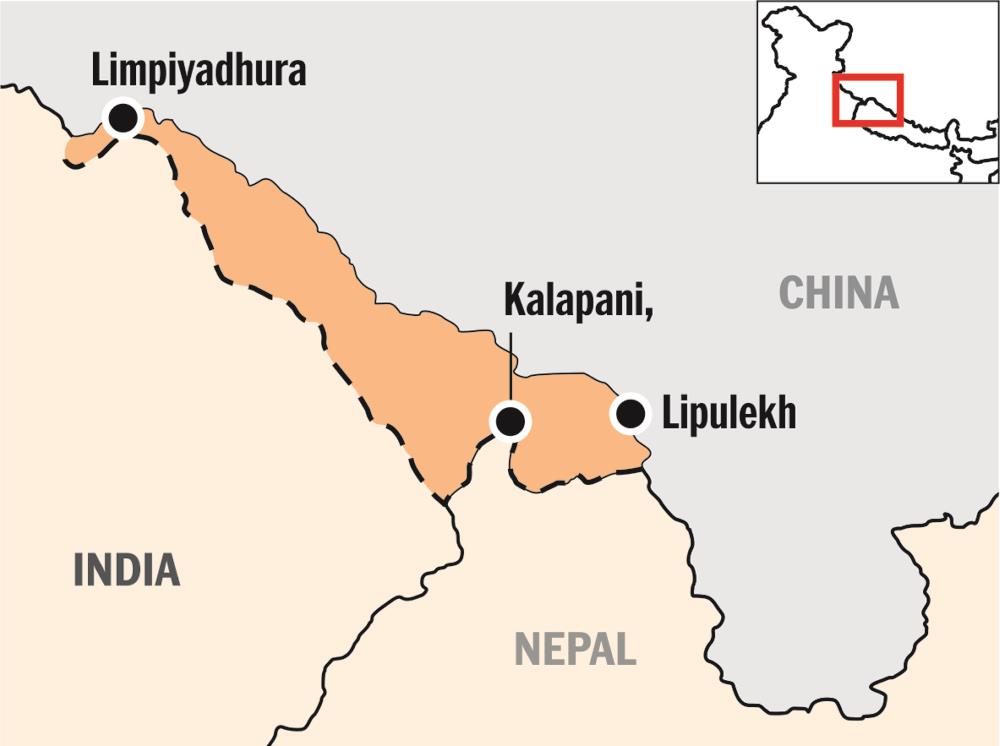 Nepal’s House of Representatives on Saturday unanimously passed a Constitutional amendment revising the map on its coat of arms to include three areas of Kalapani, Lipulekh and Limpiyadhura that India later in the evening asserted were part of its territory.

Passed by Nepal’s Lower House, the amendment Bill will now go to the Upper House where the ruling NCP holds 50 of the 59 elected seats.

The die for a change in the Constitution was cast about 10 days ago when Nepal’s Lower House unanimously approved a resolution to change the map on its coat of arms. The Ministry of External Affairs (MEA) here accused Nepal of violating the “current understanding” to hold talks on outstanding boundary issues. “We have already made our position clear on this matter. This artificial enlargement of claims is not based on historical fact or evidence and is not tenable,” said MEA spokesperson Anurag Srivastava.

Nepal’s map change was in response to two Indian moves over eight months. In early November, India released a new political map. Its basic aim was to reflect the new reality of the erstwhile state of J&K divided into two Union Territories, but it also included Kalapani, Lipulekh and Limpiyadhura. India handled that dissonance by promising dialogue.

On May 8, the controversy was re-stoked when Defence Minister Rajnath Singh inaugurated a road from Dharchula in Uttarakhand to the controversial spot of Lipulekh. This set in motion a political process that has led to changes in Nepal’s political map and while Nepal’s PM and Foreign Ministry publicly asked India to hold parleys, especially at the level of foreign secretaries, it was on Saturday that the MEA seemed to suggest that it had made an offer for talks.

The amendment in the Lower House hung in balance as the ruling Nepal Communist Party (NCP) was 10 seats short of the needed two-thirds majority. But Madhesi parties, who were asked to display their nationalist credentials, and the Nepali Congress came on board, making the passage of the resolution a fait accompli.