Will include Kalapani, Lipu Lekh, Limpiyadhura areas, which MEA says ‘lie completely within territory of India’ 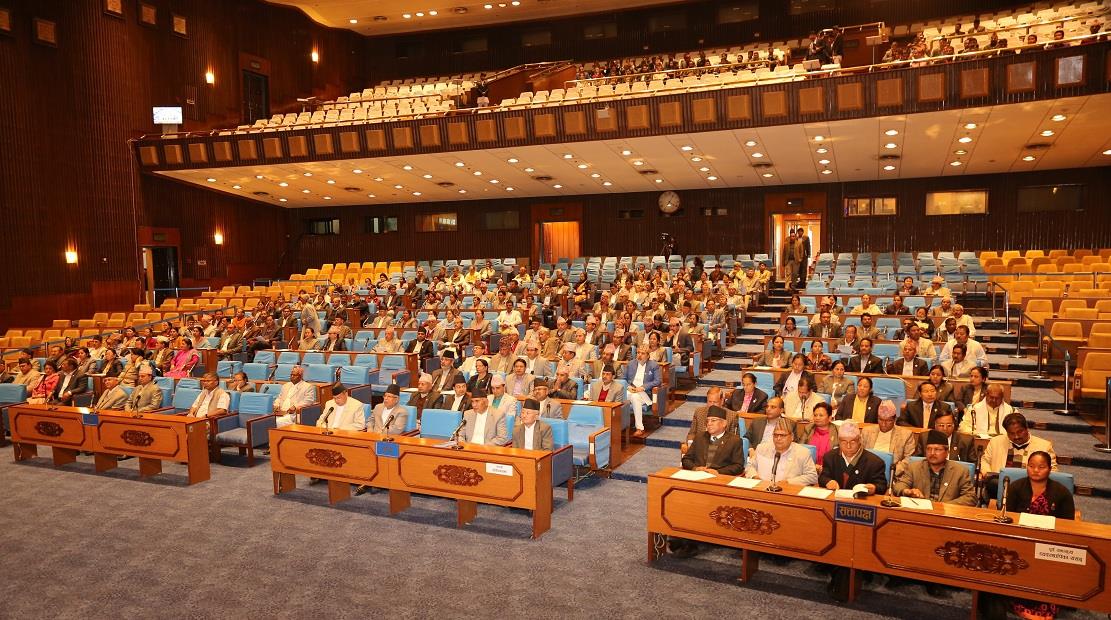 A view of Nepal's House of Representatives. Photo: parliament.gov.np

The Nepal House of Representatives on Tuesday unanimously approved a Constitution Amendment Bill to change the country’s political map in the coat of arms.

The altered map will include Kalapani, Lipu Lekh and Limpiyadhura areas about which the Ministry of External Affairs says “lie completely within the territory of India”.

Nepal's Parliamentarins have 72 hours at their disposal to propose an amendment. The approval by the House of Representatives does not mean the amendment process has been completed.

At the same time, Nepal has made it clear that the issue will not be allowed to become a dispute with Foreign Minister Pradeep Gyawali firm that the resolution will only be through dialogue. “We are for starting dialogue soon. The problem will be resolved through diplomacy. We are not trying other alternatives. It is not necessary to make either,” he said at the House of Representatives (HoR) meeting.

He said Kali river is the border between Nepal and India. “There is no reason to not accept Kali river as the border. We will hold dialogue on the basis of historic facts. We will have our rights on our land.”

Nepal has already issued a new map including Limpiyadhura, Kalapani and Lipu Lekh.

India has refused to be drawn into Nepal’s proposal for a meeting between Foreign Secretaries under the overhang of the resolution, but highly placed sources have expressed the hope that the situation can be turned around provided it is “handled well from here”.

While the Nepali Congress came on board last week after a green signal from its Central Working Committee, the die was cast for a unanimous vote after the Madheshis also joined in.

Speaking in the House of Representatives, leaders of Janata Samajwadi Party, formed after the unification of Rastriya Janata Party and Socialist Party Nepal, announced their support to the Amendment Bill in national interest.

The main opposition party, Nepali Congress, Gagan Thapa set the tone by thanking the government for issuing the map and going a step further by seeking the removal of an Indian Army post at Kalapani.

There have been feelers from New Delhi to Baluwatar to explore some existing modalities such as the report of the Eminent Persons’ Group on resolving the outstanding issues. There is also a proposal for a field survey to demarcate Kalapani which is in a limbo.