The platform, that will merge Lok Sabha and Rajya Sabha TVs, has been in the works since March 1 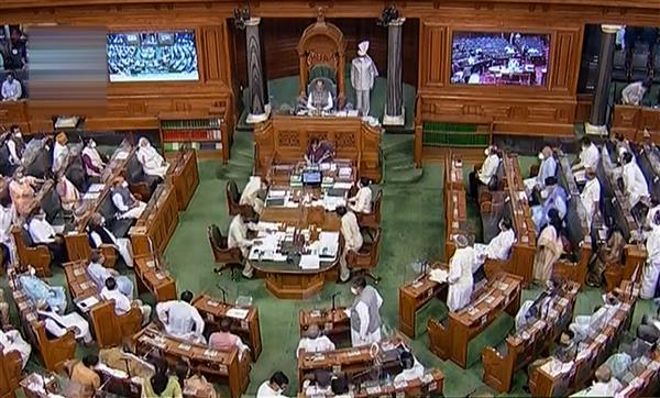 Sansad TV, to be launched jointly by Vice President M Venkaiah Naidu, Prime Minister Narendra Modi and Birla on September 15, will feature researched shows on a range of subjects from religion, economy and infrastructure to health, public policy and gender. File photo

Renowned domain experts and public personalities like former J&K Governor Karan Singh and NITI Aayog CEO Amitabh Kant will host special shows for Sansad Television, which is set for national launch tomorrow to coincide with the International Day of Democracy.

The platform, that will merge Lok Sabha and Rajya Sabha TVs, has been in the works since March 1, when the decision to integrate the two channels was announced by LS Speaker Om Birla.

Sansad TV, to be launched jointly by Vice President M Venkaiah Naidu, Prime Minister Narendra Modi and Birla on September 15, will feature researched shows on a range of subjects from religion, economy and infrastructure to health, public policy and gender.

Veteran Congress leader Karan Singh will anchor a special programme on interfaith issues and religion, sources said. Congress MP and former Minister of State for External Affairs Shashi Tharoor will conduct interviews with legendary personalities across spheres from films and poetry to dance and sports. Author-economist Bibek Debroy, sources said, was likely to curate a show on Hinduism.

For a show on health, Sansad TV has tied up with Medanta’s Ambrish Mithal, chairman, Endocrinology and Diabetes. Hemant Batra, a lawyer, is expected to do a programme on public policy.

At least 15 flagship programmes have been readied, which will be anchored by domain leaders.

“Sansad TV programming will be in four categories—functioning of Parliament and democratic institutions, governance and implementation of schemes and policies, history and culture of India and issues, interests, concerns of contemporary nature,” the government said.

When the houses are in session, Sansad TV will telecast proceedings. The involvement of Karan Singh (90) and Tharoor signals the democratic character of Sansad TV, said sources. Karan Singh has authored books on religion, including “Essays on Hinduism”, “Sterling Book on Hinduism” and “Hindu Darshan.” Tharoor will interview newsmakers.