WHO Chief Scientist Soumya Swaminathan says there has been an emergence of a sub-variant that is being called the BA.2.75 ‘first reported from India and then from about 10 other countries’ 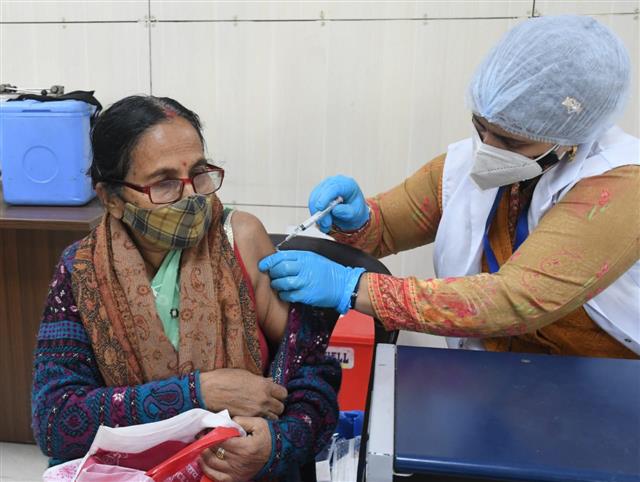 A new sub-lineage BA.2.75 of the Omicron variant of the coronavirus has been detected in countries like India and the World Health Organisation is following this, Director-General Tedros Adhanom Ghebreyesus said.

“On covid-19, globally reported cases have increased nearly 30 per cent over the past two weeks. Four out of six of the WHO sub-regions saw cases increase in the last week,” Ghebreyesus said at a press briefing on Wednesday.

“In Europe and America, BA.4 and BA.5 are driving waves. In countries like India a new sub-lineage of BA.2.75 has also been detected, which we're following,” he said.

On the emergence of the potential Omicron sub-variant BA.2.75, WHO Chief Scientist Soumya Swaminathan said in a video posted on Twitter that there had been an emergence of a sub-variant that was being called the BA.2.75 “first reported from India and then from about 10 other countries”.

She said there are still limited sequences available of the sub-variant to analyse, “but this sub-variant seems to have a few mutations on the receptor-binding domain of the spike protein. So obviously, that's a key part of the virus that attaches itself to the human receptor. So we have to watch that. It's still too early to know if this sub-variant has properties of additional immune evasion or indeed of being more clinically severe. We don't know that."

“So we have to wait and see,” she said, adding that WHO is tracking it and the WHO Technical Advisory Group on SARS-CoV-2 Virus Evolution (TAG-VE) is constantly looking at the data from around the world.

“And at any time if there is an emergence of a virus that looks very different from a previous one, enough to be called a separate variant of concern, then the committee will do that.”

The WHO weekly epidemiological update on covid-19, released on July 6, said that globally, the number of new weekly cases increased for the fourth consecutive week after a declining trend since the last peak in March 2022.

During the week of June 27 to July 3, over 4.6 million cases were reported, a figure similar to that of the previous week. The number of new weekly deaths declined by 12% as compared to the previous week, with over 8,100 fatalities reported.

As of July 3, over 546 million confirmed covid-19 cases and over 6.3 million deaths had been reported globally.