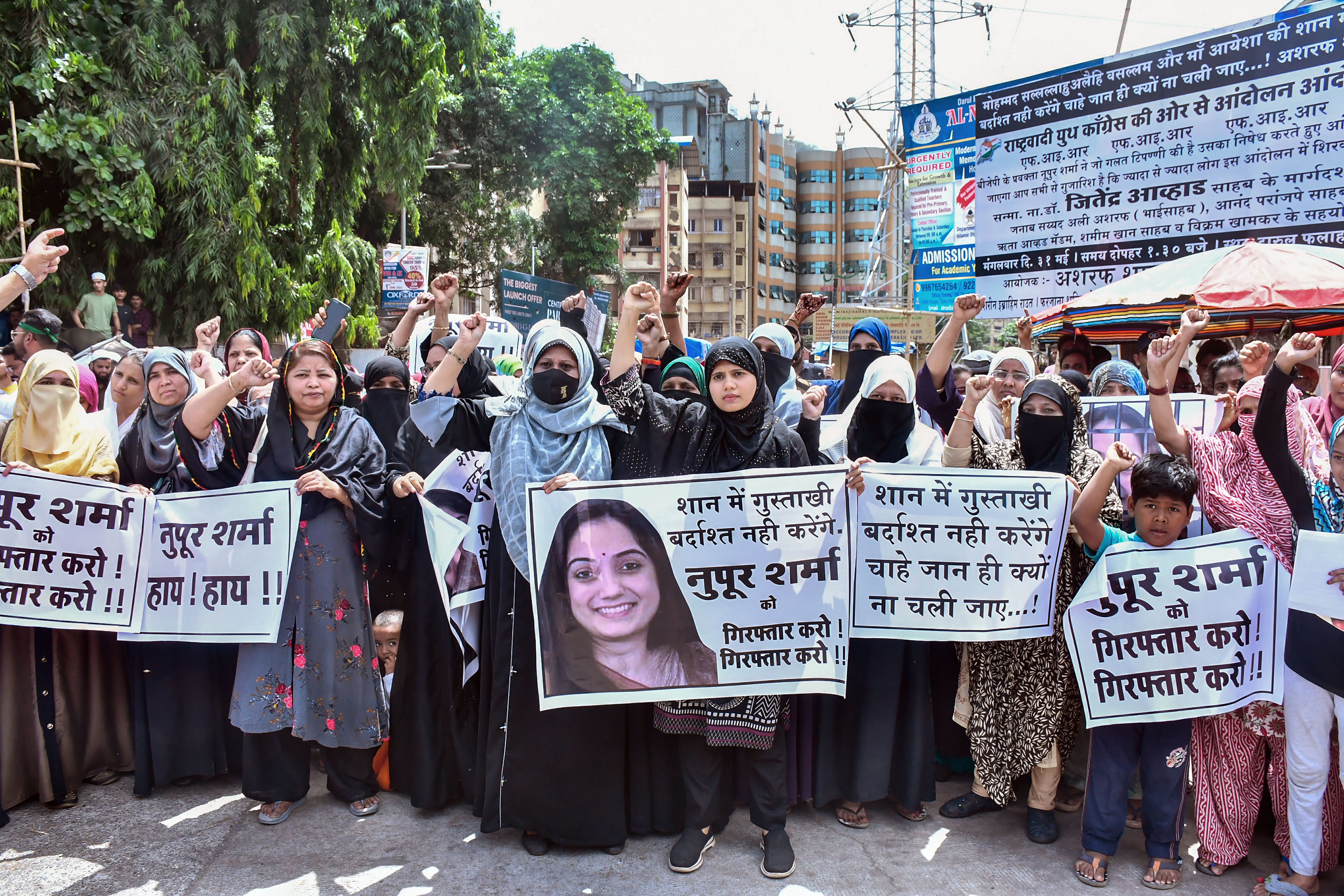 Women from the Muslim community shout slogans during their protest against BJP spokesperson Nupur Sharma over her alleged remarks on Prophet Mohammad. - PTI file photo

The strong reaction from the Grand Mufti of Oman Sheikh Ahmed bin Hamad Al Khalili followed by a Twitter storm in West Asia may have been crucial in the BJP suspending its spokesperson for insulting Prophet Mohammad and his wife Ayesha on a television channel.

Though there was no widespread corroboration of reports that superstores in West Asia removed Indian products, the last straw may have been the strong social media reaction in Oman, whose last ruler Sultan Qaboos bin Said Al Said nurtured a Hindu temple in Muscat and invited Indian priests to recite the Maha Mruthyunjaya Yaaga and Maha Vishnu Yaaga for his well-being.

Besides a stinging social media post from his verified handle, the Grand Mufti of Oman called for a boycott of Indian products while several Twitter users urged the government to take over all Indian investments and lay off its citizens.

Prime Minister Narendra Modi had visited the Shiva temple complex when he had last visited Oman in 2018. But the India-Oman connection runs deeper. At a time when the Gulf nations were tilted towards Pakistan on the military side, Oman regularly held joint exercises with the Indian Navy which have now blossomed to involve all three services.

Most importantly, Indian expatriates constitute about a quarter of Oman’s population and are considered among the richest communities in the country. Post-Covid, Oman absorbed another 60,000 Indians in its workforce. This snowballing effect from the Grand Mufti’s observations this time is different. There were not too many ripples in February when Sheikh Ahmad, who was conferred the “Star of Pakistan” civilian award this year, had weighed in on the hijab controversy.