Suspect was trying to prevent his Chennai girlfriend from leaving for Kuwait, says chargesheet 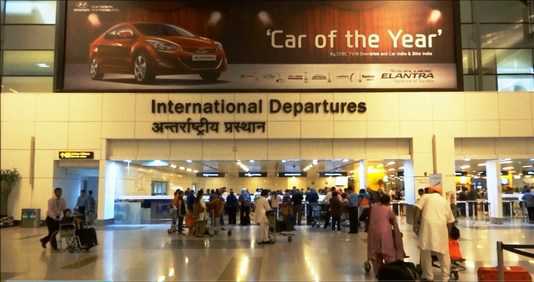 The National Investigation Agency (NIA) filed a chargesheet against a 28-year-old man from Bihar for a bomb hoax he allegedly cooked up in August last year to stop his girlfriend from boarding a flight to Kuwait.

Nasrudeen, a migrant worker from Bihar who stitches bags for a living at a workshop in Chennai, had allegedly phoned Delhi Airport Call Centre saying that his girlfriend, Jabina, who was booked on a flight to Kuwait in August 2019 had been carrying a bomb. Bomb Threat Assessment Committee later dismissed the call as non-specific, and allowed Jabina, a woman from Chennai, to fly out on August 10.

He faces charges under the Anti-Hijacking Act, 2016. The case was to come up for hearing at Panchkula’a NIA court on July 3, but has now been put off to September 11 because of the ongoing coronavirus health crisis.

Nasrudeen met Jabina in Chennai in May 2017 and began a relationship with her, and later even moved into the house that she shared with her mother Kathoon Bee and younger sister Karishma. The chargesheet said Jabina, a divorced mother of two, wanted them to do better financially---a source of constant arguments between the couple.

In July 2019, when Nasrudeen returned to Sitamarhi in Bihar for about a month, Jabina approached a travel agent Yasin Ahmed asking him to arrange for her to find work in the Middle East. He put her in touch with another agent, Shaukat Ali from Vilupuram in Tamil Nadu.

Jabina then applied for work permit through Ali and found employment as a housemaid in Kuwait. She was to fly to Bengaluru from Delhi and from there to Kuwait via Dubai on August 8, 2019.

Jabina informed Nasrudeen of her plans when he called her, prompting him to come rushing to Chennai on August 8.

When he realised that she had left home for Bengaluru, he allegedly called the control room at Delhi’s Indira Gandhi International Airport to claim that Jabina and her three other female companions were carrying a bomb with them.

The chargesheet said that he boarded a train to Delhi, where his sister lived, the same day.

The Bomb Threat Assessment Committee then raised their security checks and offloaded Jabina, but allowed her to travel two days later after they found nothing.

Meanwhile, Nasrudeen was booked in Gurugram and arrested on August 15.

The NIA said in their chargesheet that Nasrudeen’s call led to panic at the Indira Gandhi International Airport and disrupted functioning.