The Union Minister said out of 33 districts in Telangana, 32 have already been linked with NH network and remaining one district would be connected soon 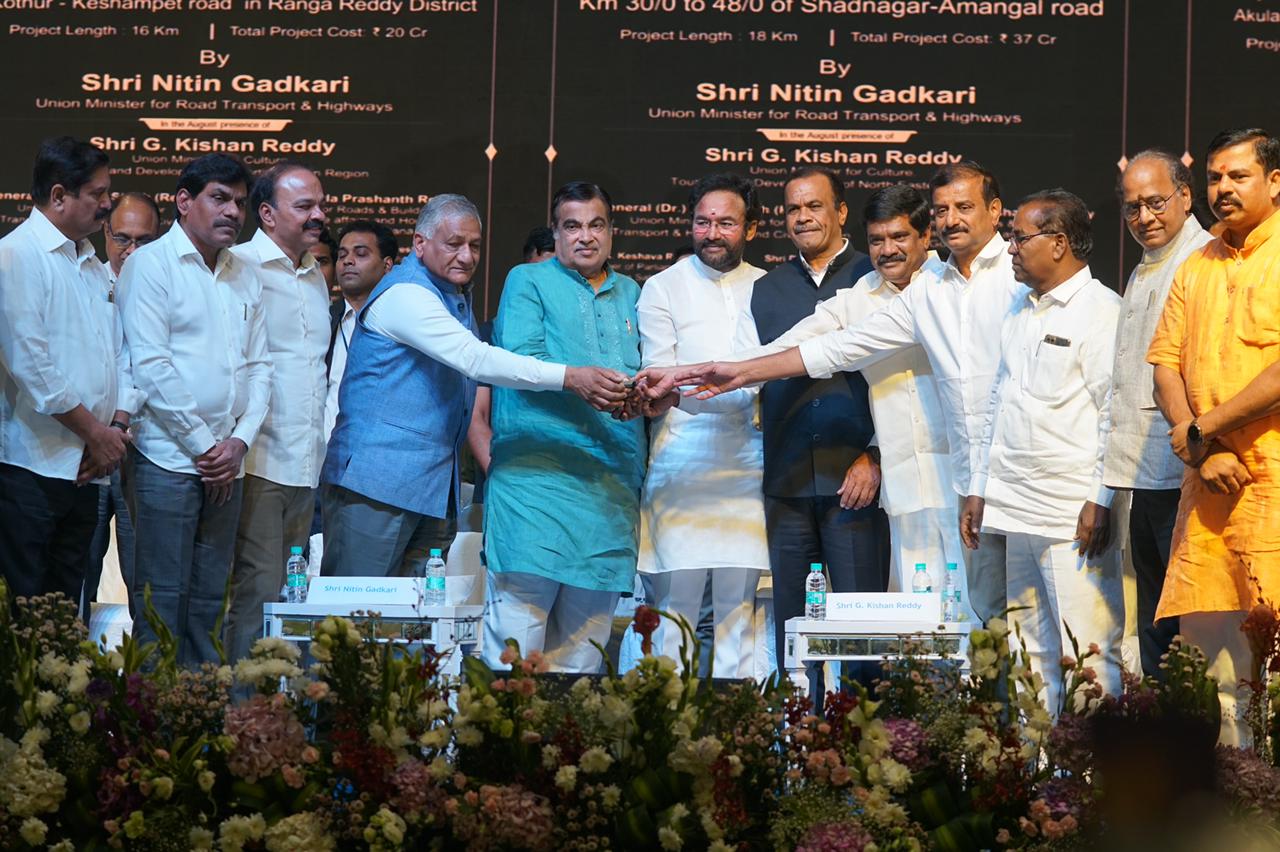 Union Minister for Road Transport and Highways Nitin Gadkari on Friday dedicated two road infrastructure projects and laid the foundation for 17 national highway and CRIF projects of total length of 460 km with an investment of Rs 8,000 crore here.

A total of 4,996 km national highway network has been laid in Telangana till March 2022 which was 2,511 km in 2014, he said, adding in the last eight years the NH network has been enhanced by 2,485 km. He assured that it will be further increased in the future.

“I am happy today in Telangana two projects were inaugurated and the foundation stone has been laid for 17 projects. Whatever has been done is just a trailer,” the Union Minister said.

“I want to tell you that NH infrastructure projects worth Rs 3 lakh crore will be built in Telangana by December 2024 and I assure you that that these roads will be equivalent with those in the United States,” Gadkari said.

The Union Minister said out of 33 districts in Telangana, 32 have already been linked with NH network and remaining one district would be connected soon.

He said five out of the 26 green express highways being built in the country will be passing through Telangana.

Observing that Hyderabad was a major IT hub and engine of the country’s economic growth, he said the prosperity of Telangana will lead to progress of the nation.

Gadkari further said to make an ‘Atmanirbhar Bharat’ and achieving the Prime Minister’s dream of making India a USD 5 trillion economy, Telangana has also to be made prosperous and rich.