Nitish Kumar has no standing before PM Narendra Modi, both Mandal and Kamandal are with BJP: Sushil Modi : The Tribune India

Nitish Kumar has no standing before PM Narendra Modi, both Mandal and Kamandal are with BJP: Sushil Modi 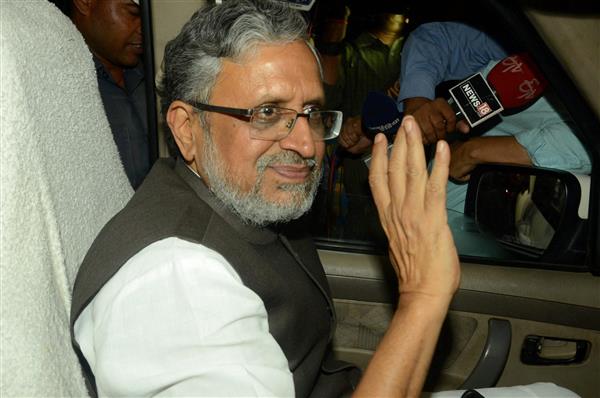 JD(U) stalwart Nitish Kumar has no standing in front of Prime Minister Narendra Modi, senior BJP leader Sushil Kumar Modi said on Sunday and asserted that BJP now enjoys the support of both “Mandal” and “Kamandal”.

The JD(U) leader’s influence was “diminishing” even in his home state Bihar, Sushil Modi, who once enjoyed a good rapport with Nitish Kumar and was the deputy chief minister under him in Bihar for more than three terms, claimed in an interview to PTI.

“Nitish has no standing in front of Prime Minister Modi. He has nothing outside Bihar and his influence as the state’s leader is also diminishing. Both his popularity and the mass base have declined,” Modi said.

He underscored that BJP now enjoys the support of all sections of society and is not affected by the Mandal-Kamandal binary.

In the aftermath of the anti-Mandal Commission protests in 1990, the Mandal term was coined for politics involving Other Backward Classes (OBCs) and Scheduled Castes with several regional parties rallying these communities as their core support.

‘Kamandal’ a water pot used by ascetics became a metaphor for Hindutva politics of the BJP, primarily because it rhymed with Mandal.

Earlier this week, as Kumar severed ties with ally BJP and embraced the RJD to join the Opposition camp, there was much talk in political circles about how the saffron party could again face the challenge of ‘Mandal versus Kamandal’ politics.

Sushil Modi claimed Nitish Kumar has reached a “saturation point in state politics. “He also wanted to become Vice President of the country and his party leaders approached BJP’s national leadership for the same,” he claimed.

He also alleged that RJD chief Lalu Yadav’s “lust for power and money” was responsible for the fall of the NDA government.

“With his popularity diminishing in state politics, Nitish wanted to play a national role which is not possible with the BJP. So he was looking for a reason for some time to break the alliance,” Modi claimed days after Kumar ditched the BJP for the second time in nine years.