Nitish Kumar: Masterful craftsman of realpolitik who believes politics is the art of possible 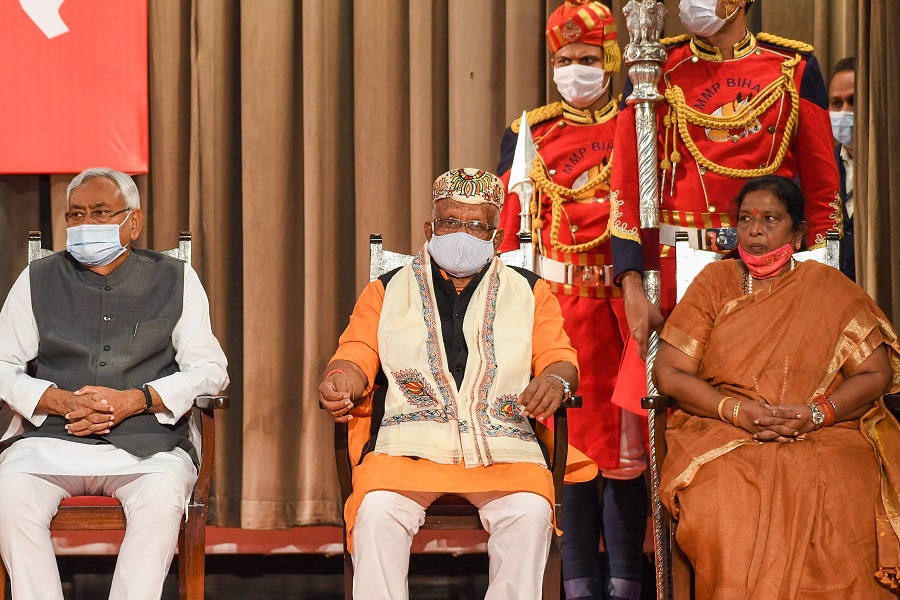 "Politics is the art of the possible", German statesman Otto Von Bismarck once famously said.

And who understands it better than Nitish Kumar, the modern-day craftsman of realpolitik, who has survived many a headwind to secure a fourth straight term as the Bihar Chief Minister despite his party finishing a poor third in the 243-member state Assembly.

Nitish Kumar's unusual knack for spotting friends has got him where it has despite the drastic slump in the electoral fortune of his party that won just 43 seats, down from 71 it had in 2015, and 31 less than ally BJP which clinched 74.

The most atypical of politicians owing their rise to post-Mandal politics, Nitish Kumar stood out for his ability to address the governance deficit, unlike a majority of the breed reared in the socialist stable, but was often accused of pursuing politics of opportunism.

Call it political opportunism or sagacity, his moves, in effect, prevented the Hindutva forces from holding sway over Bihar, where a section of the BJP feels mortified over not having its own Chief Minister till date despite enjoying a near hegemonic status nationally.

Known for weighing his options carefully before making any move, Kumar, upon a closer look, comes across as a risk taker who has not shied away from going against the tide.

An engineer by training who had taken an active part in the JP movement, Kumar spurned a job offer from the state Electricity Department and decided to take the political gamble, an oddity among educated youth in Bihar for whom the lure of "sarkaari naukri" remains undiminished.

Unlike Lalu Prasad and Ram Vilas Paswan, his co- travellers during the movement led by Jayaprakash Narayan, electoral success eluded Kumar for long.

He got the first taste of victory, after three successive defeats, in the 1985 Assembly polls when he won from Harnaut as a candidate of the Lok Dal though the Congress swept the elections riding the tailwind generated by the assassination of Indira Gandhi the previous year.

Four years later, Nitish entered the Lok Sabha from Barh even as fellow MP from Saran Lalu Prasad shifted to Bihar, taking over as the Chief Minister and scripting a spectacular success story which altered the state's political landscape.

Kumar, one of the most articulate leaders of the Janata Dal, had fully backed Lalu in the keenly fought internal contest for Chief Ministership.

The next decade-and-a-half saw Prasad's rise as one of the most powerful but controversial figures of his time who ruled the state by proxy, getting his demure homemaker wife Rabri Devi elected as his successor, when a chargesheet in fodder scam caused him to step down as the CM.

During the same period, Kumar burnt his bridges with Lalu Prasad, floated the Samata Party, and built his own political edifice brick by brick.

The Samata Party joined forces with the BJP and Kumar made a mark for himself as an outstanding parliamentarian and was reckoned among the competent ministers in the Atal Bihari Vajpayee cabinet.

After a rift between Sharad Yadav, the then Janata Dal president, and Lalu Prasad, the latter broke away and formed the RJD. The Samata Party merged with Sharad Yadav's Janata Dal while continuing its alliance with the BJP.

After the NDA lost power in 2004, a victory in Bihar held out the promise of a degree of redemption for the BJP-led alliance.

Attempts to wrest power from the RJD-Congress combine, then in power at the Centre as well, after the NDA fell short of majority in the Assembly polls of February, 2005, were stymied by Governor Buta Singh's controversial move to dissolve the Assembly, without it having even been constituted, in the face of alleged horse trading.

This, however, proved a blessing in disguise for Kumar who was projected as the Chief Ministerial candidate in the elections that took place nine months later and the JD(U)-BJP combine got a comfortable majority, bringing the so-called "Lalu era" to an end.

Kumar's first five years as Chief Minister are recalled with admiration even by critics, marked as these were by vast improvement in law and order, though the new dispensation had no dearth of people with criminal background among its rank and file.

Realising fully well that unlike Lalu, he did not have the advantage of belonging to a populous caste group, Kumar created sub-quotas among OBCs and Dalits who were called "Ati Pichhda" (EBC) and "Mahadalits", which was resented by the dominant Yadavs and Dusadhs – Paswan's fellow castemen.

He also brought in measures like free bicycles and school uniforms for school-going girls, which won him much adulation and the exuberant public mood saw him return to power in 2010, leading the JD(U)-BJP coalition to a landslide victory in the Assembly polls.

The period, however, also saw the end of "Atal-Advani era" in the BJP and Kumar, who could not fathom the potential of his then Gujarat counterpart Narendra Modi, locked horns with him over the post-Godhra riots in the western state.

Flaunting his secular ideology, Kumar had succeeded in preventing Modi, seen as a polarising figure on account of the Gujarat riots, from campaigning for the BJP Bihar in the 2009 Lok Sabha polls and the Assembly elections a year later, something that still riles Hindutva hardliners.

He ultimately snapped his party's 17-year-old ties with the BJP in 2013 when Modi was anointed the BJP's campaign committee chief for the 2014 Lok Sabha polls.

After parting ways with the BJP, he won a trust vote with the support of the Congress, but stepped down in 2014, owning moral responsibility for the JD(U)'s drubbing in the Lok Sabha elections, when the party returned with a dismal tally of just two.

In less than a year, he was back as the Chief Minister, elbowing out Jitan Ram Manjhi with ample support from the RJD and the Congress, and came to be seen nationally as a potential challenger to Modi.

The Grand Alliance that came into being with the JD(U), Congress and RJD coming together, won the 2015 Assembly poll handsomely but came apart in just two years, after Kumar insisted that Lalu's son and Deputy Chief Minister Tejashwi Yadav, whose name had cropped up in a money laundering case related to the time when RJD supremo was the Railway Minister, "come clear" on the issue.

He abruptly resigned as the Chief Minister as the RJD refused to budge, only to be back in office in less than 24 hours with BJP's support.

Those who saw a "secular alternative" in Kumar felt let down and cried betrayal of "public mandate".

Nitish Kumar, though enfeebled by electoral reverses, is back in the hot seat, belying the prophets of doom.

But the mechanical engineer will need to summon all his skills to keep the government machinery humming while navigating the NDA's ship through tricky waters of coalition politics where the tail wagging the dog may not be easy. PTI