BJP fields Sushil Modi, a long-time confidante of Nitish and his ex-Deputy CM, to attack the JDU patron 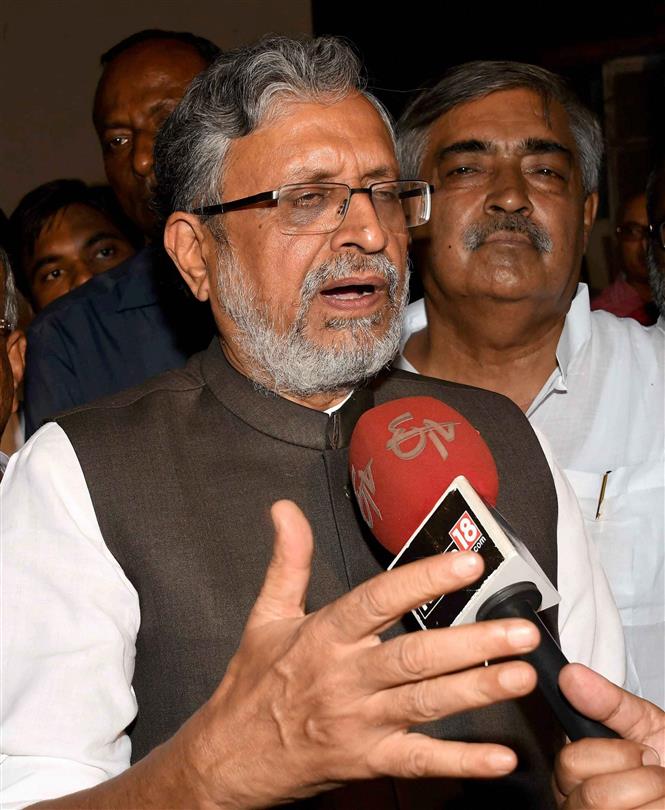 “Nitish wanted to become Vice-President of India. Many senior JDU leaders sounded BJP ministers if this was possible,” Modi said almost parallel to the oath-taking ceremony of Nitish Kumar who became Bihar CM for the eighth time today, this time leading the coalition of the RJD, Congress, Left Parties, HAM and the AIMIM.

The BJP fielded Sushil Modi, a long-time confidante of Nitish and his ex-Deputy CM, to attack the JDU patron.

“It is a white lie that the BJP anointed RCP Singh as a Union Minister without the agreement of Nitish Kumar. It is equally false that the BJP sought to split the JDU. It was the JDU that was looking for excuses to break up with the NDA,’ Sushil Modi said.

He recalled the sequence of events leading up to the finalisation of the Union Cabinet after the NDA Government formation on May 30, 2019.

“When the government was being formed on May 30, 2019 , it was decided to give allies Shiv Sena and JDU two ministerial berths each. At that time, Nitish Kumar said there was no consensus in the party on the names of JDU ministerial probables. He asked for the issue to be kept pending for a while. When the Cabinet was expanded on July 7, 2021, they gave the name of RCP Singh, and RCP was included in the Union Cabinet. Now, they are saying that the BJP made Singh a Minister of its own whim,” said Modi.