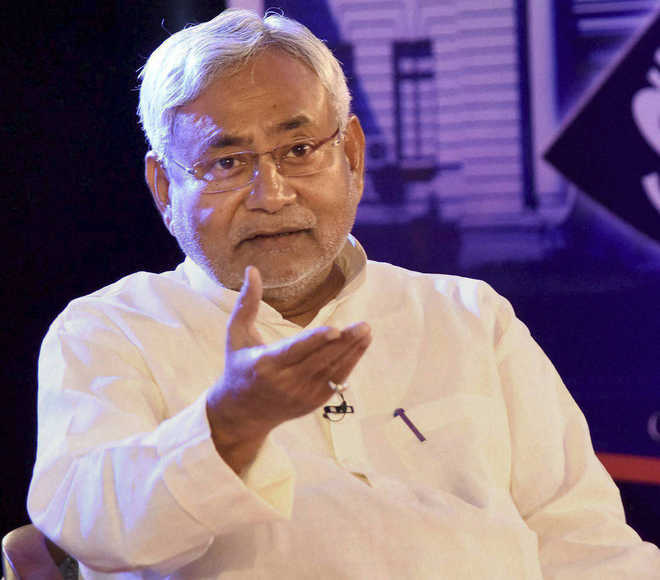 Bihar Chief Minister Nitish Kumar on Wednesday appeared unimpressed with the candid remark of Congress leader Rahul Gandhi that the Emergency, imposed by his grandmother and the then Prime Minister Indira Gandhi, was a “mistake”.

The JD(U) leader recalled his own days in prison where he had been lodged beside other young student activists opposing the draconian measure, and pointed out that the verdict of the elections held after the Emergency was lifted had unequivocally established that it was “galat” (wrong).

“The resounding victory of the Janata Party, formed as an amalgam of small outfits facing persecution by the Congress regime, had proved the wrongness of the Emergency.

“Rahul Gandhi has aired his views. But, if he has chosen to speak on the issue, he should say more”, said Kumar replying to queries from journalists.

Kumar, who was then an engineering student, was an enthusiastic participant in the “JP movement” of 1974 during which he cut his political teeth, alongside contemporaries like Lalu Prasad and Sushil Kumar Modi.

Gandhi had made the remarks while taking part in a webinar organised by a US-based private university.

The NDA ally also sought to disagree with the perception that IT raids were being carried on property of those critical of the Narendra Modi government in a bid to stamp out dissent.

“The Income Tax department carries out its operations in accordance with the law by which it is governed. This is not something that should generate controversy,” he remarked.

The Bihar chief minister was also asked about raids being conducted across the states jails during the day.

“Yes, this is in accordance with my stress on regular updates about the functioning of various departments which I keep reviewing from time to time. If anything problematic comes to the fore during the raids, officials concerned will be taken to task.”

Asked about media reports regarding merger of RLSP of former union minister Upendra Kushwaha with the JD(U), Kumar evasively said “wait for the time”.

Kushwaha, Kumar’s protege-turned-foe, had separated from his former boss and formed his own party before 2014 general election.