No ambition to be PM, says Bihar CM Nitish Kumar after arriving in Delhi : The Tribune India

No ambition to be PM, says Bihar CM Nitish Kumar after arriving in Delhi 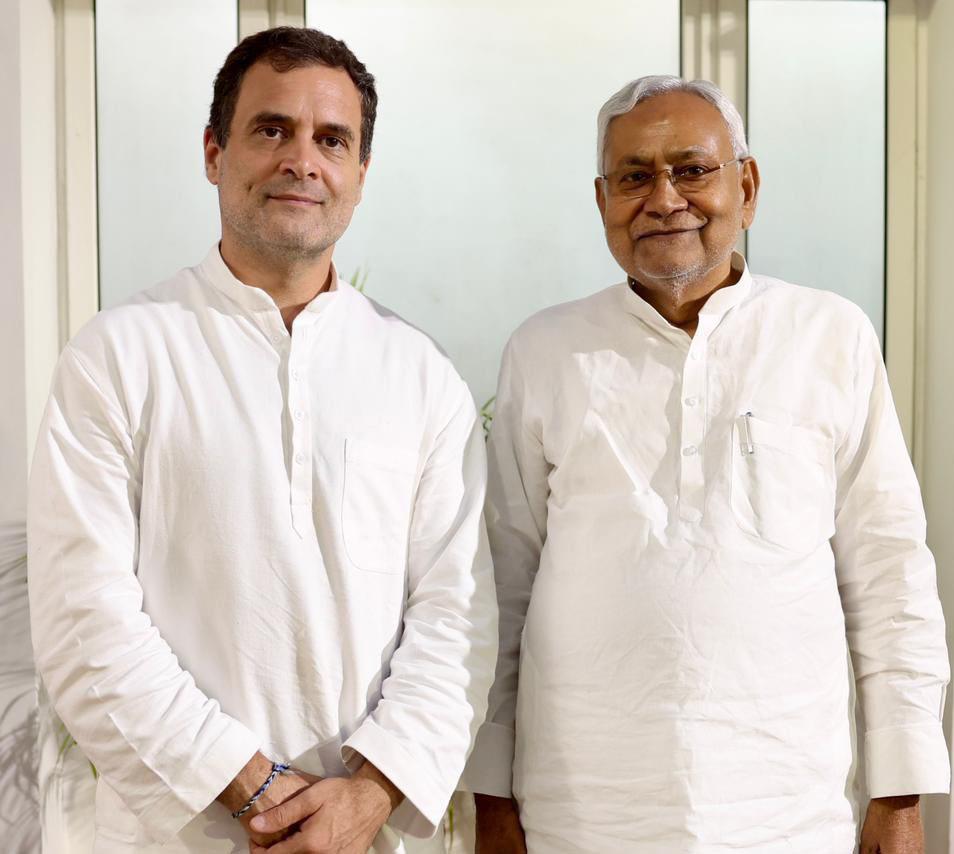 Bihar CM Nitish Kumar met Congress leader Rahul Gandhi soon after his arrival here today. It is learnt the two deliberated over the current political situation in the country and ways to ensure Opposition unity ahead of the 2024 General Election.

Nitish also met JD(S) chief HD Kumaraswamy at the latter’s residence and discussed with him a host of political issues concerning the nation.

This is the first meeting between Rahul and Kumar since the latter walked out of the NDA in Bihar and formed a Mahagathbandhan government with the RJD, Congress and outside support of the Left parties. Earlier while taking to reporters, the Bihar CM said if the Opposition got united, a good atmosphere would be created. He, however, added he had “no desire and aspiration (to become Prime Minister)”. During his stay in the Capital for the next two days, Kumar is expected to meet several Opposition leaders, including NCP’s Sharad Pawar, AAP’s Arvind Kejriwal, CPI-M’s Sitaram Yechury, SP chief Akhilesh Yadav and INLD supremo Om Prakash Chautala.

Kumar, making attempts to bring all Opposition parties together against the BJP for the 2024 elections, is being touted as a key face to take on PM Modi. Taking a swipe at Kumar, LJP (Ram Vilas) leader Chirag Paswan said a CM who ordered lathicharge on those seeking jobs was on a three-day visit to Delhi with prime ministerial ambitions.