No change in Army regiments' names : The Tribune India 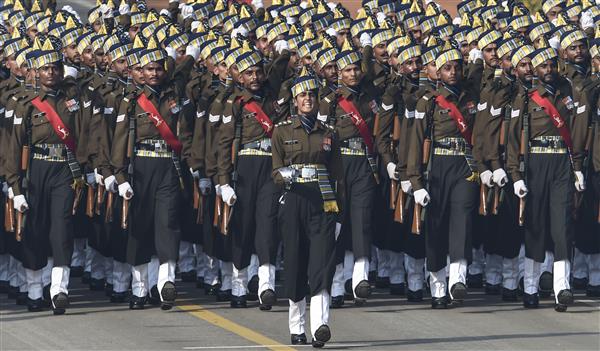 After an internal agenda note of the Indian Army on removing colonial legacies raised hackles of serving and retired officers, the Army has decided against tinkering with the name of regiments, their practices, ethos and system of regimentation.

“Veterans can be assured that customs and traditions which contribute to our regimentation, morale and motivation will never ever be disturbed. Sensitivities are involved and any such apprehension is misplaced,” a top Indian Army official said.

The names of regiments are anyway of Indian origin. Infantry regiments are named Sikh, Jat, Punjab, Dogra, Rajput, Assam, Madras, Bihar etc. These names had been given during British times. Post independence, some older cavalry regiments like Hodson’s Horse got a new name ‘4 Horse’ and the Skinners Horse was named ‘1 Horse’.

Last week, an internal note from the office of the Adjutant General of the Indian Army spoke about a review of legacy customs, old practices, regulations and policies (first reported in The Tribune edition dated Sept 21).

The top official said people could be assured no decision would be taken in haste. Discussion would take place among senior military officers, and the views of veterans would also be taken into account.

The move is about legacy names of buildings, roads and parks after the names of British commanders like Sir Claude Auchinleck and Herbert Kitchener. The names of some Cantonments for example Dalhousie, based on Lord James Dalhousie, are not part of this review as the Cantts are with the Ministry of Defence and not under the Army.

Several units of cadets in the Indian Military Academy at Dehradun are named after World War II (1939-45) campaigns. Some of these could be reviewed and Indian Army’s post-independence campaigns could be used for the names.