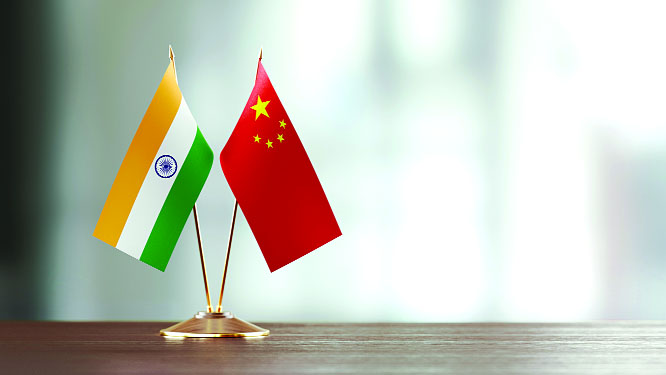 More than 15 months into the military stand-off in eastern Ladakh, the deadlock persists as India and China are not agreeable on the sequence of pulling back troops.

More than 15 months into the military stand-off in eastern Ladakh, the deadlock persists as India and China are not agreeable on the sequence of pulling back troops.

I pay tribute to the bravehearts who fought for and defended the sovereignty and integrity of our great nation. I am humbled by the sacrifices of our families that unflinchingly sent their loved ones into battle. On this day, let us rededicate ourselves to be resilient and fearless in the face of adversity. - Gen MM Naravane, Chief of Army Staff

The Kargil war is a symbol of the valour and discipline of our armed forces, which the entire world has witnessed. This time, this glorious day will be celebrated in the middle of ‘Amrit Mahotsav’. That’s why it becomes even more special... Let us all salute the bravehearts of Kargil. - Narendra Modi, Prime Minister

Both sides have around 75,000 troops lined up on either side of the 832-km Line of Actual Control (LAC) in eastern Ladakh. India wants a three-step process to be followed. The first step being disengagement from areas where troops are within close proximity. The next two steps — de-escalation and de-induction —would entail pulling back troops and equipment to the pre-April 2020 home bases.

Commanders of the People’s Liberation Army (PLA) want that “de-escalation and de-induction” should take place first. The troops in close proximity can “disengage” thereafter, sources say.

Indian side sees a red flag in the sequence suggested by China. The terrain of Tibetan plateau is flat on the Chinese side, which means the PLA can induct troops quite rapidly. In some cases, it may take less than 8-10 hours by road or rail.

In case of India, the two roads leading to Ladakh (one via Srinagar-Zojila and the other via Manali) remain closed due to snow for around seven months in a year. For India, the terrain does not allow rapid induction as several high passes, which get snowbound from October, can hold back even the infantry. Senior military commanders (Lt Gen-level) of either side last met on April 9. Since then, the dates and agenda for the next round of talks are being firmed up. PLA’s insistence on its own sequence of pullback is the stumbling block. Negotiations will take some time, sources say. On February 10, troops of either side started “disengagement” along the banks of Pangong Tso, a 135-km glacial lake. Following disengagement from that area, the process remains stalled.

The present position of troops from both sides is not face-to-face, but they are within the striking range from where rapid redeployment is possible. There have been no face-offs and no escalation since February. Both sides remain in touch. “We continue to hold dialogue,” sources maintain.

There have 1,450 contacts made through either the phone or physical meetings at designated meeting points at Daulat Baig Oldie and Chusul, sources say. A hotline exists between these points, they add.