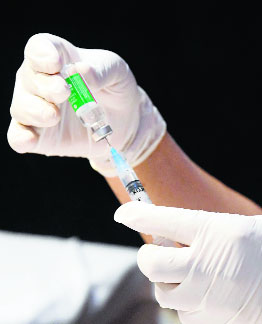 Although the European Union (EU) has opened its doors to foreigners who have been vaccinated against Covid-19, Covishield manufactured by the Serum Institute of India (SII) is not on the ‘Green Pass’ list. Pfizer, AstraZeneca, Moderna and Johnson & Johnson vaccines have been approved by the European Medicines Agency (EMA).

Covishield has been approved by the WHO, but not the EMA. Strangely, the Vaxzevria vaccine, a version of the AstraZeneca produced in the UK and Europe, has been approved by the EMA but Covishield, which is also AstraZeneca’s version, has been not. Subsequently, Indians who wish to travel to the EU for work are having a tough time. France has asked its citizens returning to the country after the Covishield shots to isolate themselves for 10 days upon arrival. Isabelle Jain, a French citizen married in Ludhiana, is among those affected by the EMA decision. Her mother-in-law Mridula Jain asked: “Why has the Centre not worked towards getting approval from the EMA? There were many who would visit Europe for business. They cannot go there now.”

A hosiery exporter rued the restrictions. “It was while I was submitting my papers that I was told that Covishield was not on the list of approved vaccines.The government should do something about it,” he said.