Probe is based on a suspicious transaction report (STR) compiled 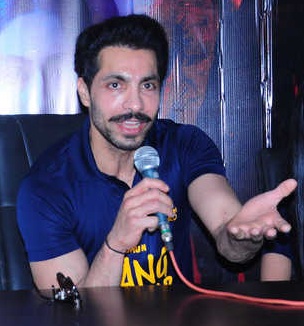 Punjabi actor-singer Deep Sidhu, who has been blamed for instigating protesters and leading them to the iconic Red Fort and hoisting flags, had been summoned by the National Investigation Agency (NIA) as “witness” last week as part of the agency’s investigation into a case against Sikhs for Justice, officials said on Wednesday.

The officials added that till now no fresh action has been initiated against Sidhu.

The officials in the agency said, in December the NIA had registered a case against Sikhs for Justice for funding “the anti-India movement in the county and abroad” and had also issued notices to Sidhu and his brother Mandeep Singh.

Giving details about 36-year-old Sidhu’s background, officials said, as far as they know he is considered to be close to Sikh ideologue Ajmer Singh, as he practised law before joining the show business in 2015.

Sidhu also did a Facebook live while hoisting the flag from the ramparts of the Red Fort. In the video, Sidhu said in Punjabi, “We have only hoisted the Nishan Sahib flag on the Red Fort while exercising our democratic right to protest.”

Officials further said, like others, the notices to Deep Sidhu and his brother were served under Section 160 of the CrPC to call them as witnesses in the case, as those who are being summoned appeared acquainted with the circumstances of the case and asked them to appear before the investigating officer (IO) for examination.

Sources in the know of the case said the probe is based on a suspicious transaction report (STR) compiled by the Financial Intelligence Unit (FIU) and was shared with the NIA. They said the report observed abnormalities in banking transactions in the past three-four months.