No PM ambitions, but ready to play role in forging opposition unity: Nitish : The Tribune India 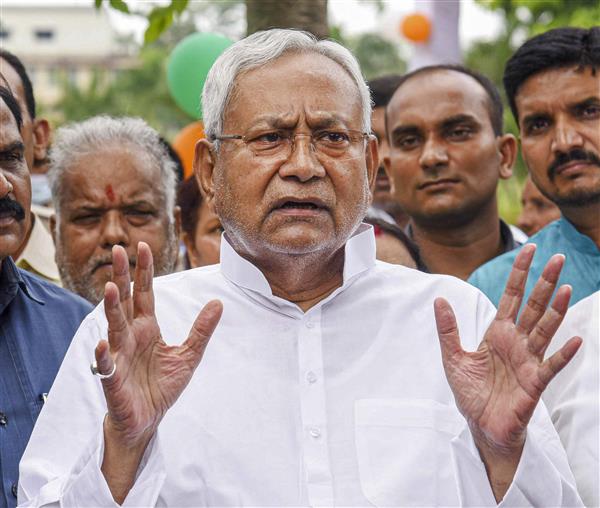 Bihar Chief Minister Nitish Kumar on Friday maintained that he had no prime ministerial ambitions but said he was looking forward to play a “positive” role in forging opposition unity against the ruling NDA at the Centre.

Kumar also made light of apprehensions of “misuse” of the Central Bureau of Investigation and the Enforcement Directorate against the new dispensation in Bihar, which has achieved power after ousting the BJP, and said “those habituated to misuse will face public ire”.

“Please do not ask me such questions, I have said many times that I harbour no such ambitions. I want to serve my state,” Kumar asserted, with folded hands, replying to journalists who asked whether the people of Bihar could one day see him as the prime minister.

However, when asked what role he saw for himself in forging unity among disjointed opposition parties, Kumar said, “Our role will be positive. I have been receiving many telephone calls. It is my wish that all come together (against the BJP-led NDA). You will see some action in the days to come.”

To a query about the fear of ED and CBI being unleashed on the new ruling dispensation, he said, “I have no such fears. Remember one thing, even if a habit has been formed of misuse (of agencies), those indulging in the same will be closely watched by the people.”

The JD(U) leader was also asked whether he would be going to Gujarat, the home turf of Prime Minister Narendra Modi, to campaign for the assembly elections scheduled later this year.

“You will get to know about that in due course”, Kumar added.