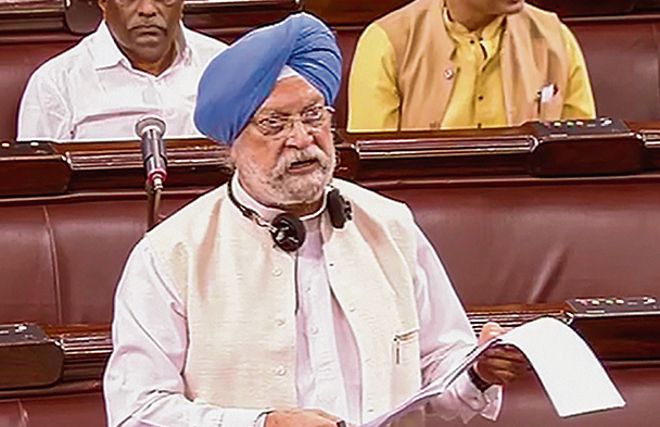 Petroleum and Natural Gas Minister Hardeep Singh Puri today allayed fears of short supply of crude oil amid the Russia-Ukraine conflict, as he informed the Rajya Sabha that the import of fossil fuel from Russia has been miniscule at just 0.2 per cent of total import requirement of the country till January this financial year.

Responding to a supplementary question in the House, the minister said, “About the increased oil import concerns...We require total of five million barrels per day. Sixty per cent of it comes from Gulf. We have imported from Russia, just 0.419 million metric tonnes...That is 0.2 per cent of total requirement (during April-January 2021-22).”

In the current situation of high volatility in global energy markets, the Centre is closely monitoring the situation. No adverse impact on hydrocarbon energy agreements is currently foreseen. — Hardeep Singh Puri, Union Minister

He added that the government had been monitoring the situation and “as far as oil imports are concerned from Russia, contrary to what played up in media, it is miniscule”.

According to Petroleum Planning & Analysis Cell (PPAC), India majorly imported crude from Iraq, Saudi Arabia, the UAE, Nigeria and the US.