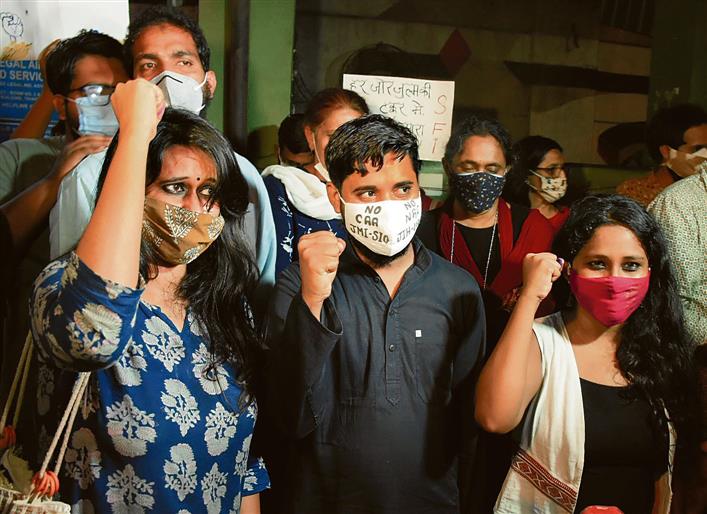 Taking exception to the Delhi High Court reading down the Unlawful Activities (Prevention) Act (UAPA) while granting bail to three student activists facing charges under the anti-terror law in the Delhi riots conspiracy case, the Supreme Court on Friday said the order can’t be treated as a precedent.

“In the meantime, the impugned judgment shall not be treated as a precedent and may not be relied upon by any of the parties in any of the proceedings,” a Bench led by Justice Hemant Gupta said. However, it clarified that the release of the three activists — Devangana Kalita, Natasha Narwal and Asif Iqbal Tanha — who walked out of Tihar Jail on Thursday on bail would not be interfered at this stage.

“It’s troubling that the High Court has gone on to narrow down the scope of the UAPA in a bail application when there was no challenge to the statute,” it noted. Terming it an “important issue” that can have pan-India ramifications, the top court issued notices to the accused trio, asking them to respond to the Delhi Police petition challenging the Delhi High Court’s order and posted the matter for hearing in the week starting from July 19.

“In a bail application, 100 pages of judgment and judges discussing all laws... that’s what is surprising us...The way UAPA has been interpreted by the high court, probably will require examination by us,” it said.

The order came after Solicitor General Tushar Mehta said the high court’s findings called for acquittal of the accused and others were also moving for bail based on this judgment.

“It’s virtually an acquittal order. The trial court will have to entertain a discharge application and replace it with this judgment,” the Solicitor General submitted.

“Right to protest, how does it include the right to kill people?” Mehta said, adding 53 people were killed and 700 others injured in the Delhi riots that happened during the then US President Donald Trump’s India visit last year.

On behalf of the accused, senior advocate Kapil Sibal opposed Mehta’s submission and urged the court not to stay the HC verdict.

Holding that right to protest is a fundamental right which can’t be termed as a “terrorist act”, the Delhi High Court had on Tuesday granted bail to the three student activists who faced charges under various provisions of the IPC and the UAPA in Delhi riots conspiracy case.