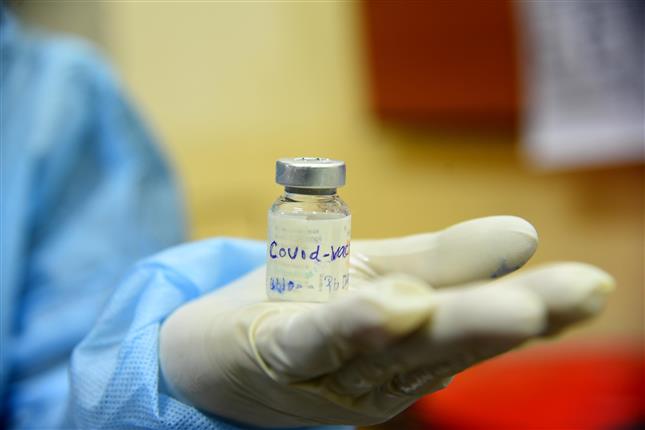 The Serum Institute of India (SII) hopes to introduce US firm Novavax’s Indian version of the Covid-19 vaccine — ‘Covavax’ by September this year and start trials on children from July, sources said on Thursday.

The SII is hoping to introduce Covavax in the country by September which is a version of US firm Novavax’s Covid-19 vaccine, sources added.

That puts it in the same bracket as two of the frontline vaccines being used in the US and European countries, the ones produced by Pfizer-BioNTech and Moderna, which had efficacy rates of 91.3 per cent and 90 per cent in Phase 3 trials, respectively.

“Serum Institute plans to start clinical trials of the Novavax shot for children in July,” sources confirmed to ANI.

Earlier on Tuesday, the Centre said that recently declared Novavax Covid vaccine efficacy data in a large trial are promising and that clinical trials are being conducted and are in an advanced stage of completion in India.

“What we’re learning from data available in the public domain is that this vaccine is very safe and highly effective. It’ll be produced in India,” said Dr VK Paul, Member-Health, Niti Aayog said in a routine briefing by the Union Health Ministry on the Covid-19 situation in India.

He also added that gap in the production of Novavax’s vaccine was likely for a while.

“I am also hoping they (US company Novavax) would also start trials on children too,” Paul had said.

Meanwhile, the All India Institute of Medical Sciences (AIIMS) in Delhi from Tuesday began the screening of children in the age group of 6 to 12 years for the clinical trials of Covaxin, the indigenously developed Covid-19 vaccine.

AIIMS Delhi has already completed the clinical trial for a single dose of Covaxin for children aged 12-18 age group.